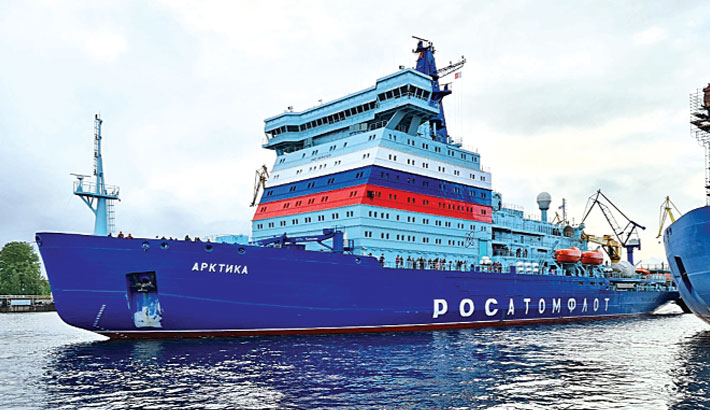 After completion of the second stage of sea trials, the lead universal nuclear icebreaker “Arktika” of the project 22220 returned to St. Petersburg on Thursday.

From June 23 to September 16 an inspection of mechanisms and equipment of the nuclear-powered vessel was carried out in the Gulf of Finland and Baltic Sea. Experts tested the electric power system under running conditions and maneuverable characteristics of the vessel under different draft variants, said a press release.

“The programme of sea trials has been fully implemented,” says Mustafa Kashka, Director General of FSUE Atomflot. The shipbuilders, contractors and the delivery crew have done a great deal of work. We are satisfied with the results. The Arktika nuclear icebreaker is ready to sail to Murmansk.”

On September 22, Arktika, the lead universal nuclear-powered icebreaker, will depart from the completion embankment of the Baltic Shipyard towards the Murmansk sea port. The passage is planned to take about two weeks. During this time, the nuclear icebreaker will be tested in ice conditions.

The lead universal nuclear icebreaker of project 22220 is being built by the OJSC Baltic Shipyard on commission of Rosatom State Atomiс Energy Corporation. The keel for the icebreaker was laid on November 5, 2013 and the launch of the vessel took place on June 16, 2016. It will be the largest and most powerful nuclear icebreaker in the world. The icebreaker is designed for independent pilotage of ships, including large-capacity ones, and for leading the fleet in the Western Arctic region.