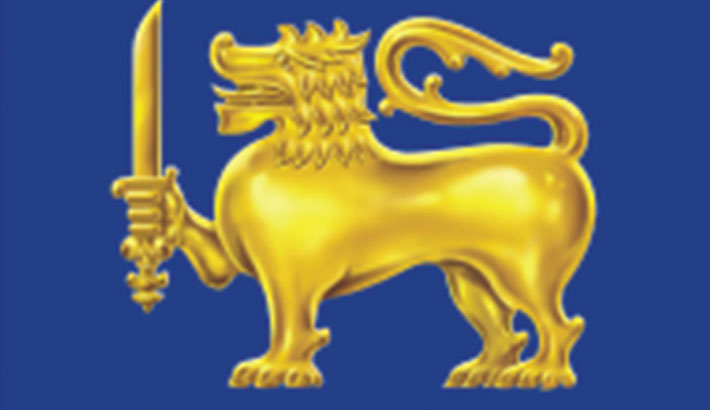 Sri Lanka are eyeing to play fire with fire as they warned the hosts that they would like to beat them with pace, a route hosts were looking to exploit in the upcoming three-match Test series against Sri Lanka.

Recently, Bangladesh pace bowling coach Ottis Gibson told The Daily Sun that he is not ruling out fielding three pace bowlers in the upcoming tour of Sri Lanka.

Gibson echoed the same sentiment which was put forth by BCB Chief Selector Minhajul Abedin couple of days back when he opined that they are thinking of using three-pacers against the Lankans at their own den.

“If the condition dictates or you feel that the condition looks like something where you could play three fast bowlers then so be it. I don’t know if we can play three pacers but I would imagine we can take lot more than three pacers on tour,” Gibson opined when his attention was drawn to playing three pace bowlers against the Lankans.

“We would at least have a squad of 20 players. There should be at least three, four or five pace bowlers in the 20-man squad,” he added.

If BCB insiders are to be believed, it seems team management is eyeing to give an opportunity to uncapped Mohammad Saifuddin or Mustafizur Rahman as the third pace bowler with the latter’s inclusion largely depending on his fitness and his transformation to bowl in Tests considering he was dumped from longer-version cricket by head coach Russell Domingo earlier citing that the pacer needs to do some technical work in order to play red-ball cricket. Bangladesh Cricket Board (BCB)’s decision of not providing No-Objection Certificate (NOC) to Mustafizur Rahman to play in the upcoming edition of Indian Premier League (IPL) after he was approached by two franchises, citing the upcoming Test series against Sri Lanka, only indicates that the left-arm pace bowler is very much in team management’s plan of action to gun down the tourists.

However, tourists were skeptical whether they would get a pacer friendly wicket to challenge the hosts but all doubts were washed away by Sri Lanka Cricket (SLC) Selection Board Chairman-cum-Manager Ashantha De Mel as he insisted that it is time to switch to pace when Bangladesh tour the island for a three match Test series.

Sri Lanka have always relied on spin to win Test matches on home tracks but considering the depth of spin bowling line-up in their opponent and their batsmen’s weakness against genuine pace, Mel feels it’s time to change tactics at home considering it is sensible to rely on pace against Bangladesh as they have formidable spin options while Sri Lanka’s spinners , except maybe an aging Dilruwan Perera (38), are relatively rookie.

It is understood that BCB’s insistence to include Shakib Al Hasan from second Test as he will be free to play after serving the one-year ban also played a big part behind the decision of the hosts which suggests that they are unlikely to depend on the slow bowlers to do the trick for them.

Sri Lanka have enjoyed overwhelming success against Bangladesh having won 16 of the 20 Tests between the countries and while on paper they definitely have an edge, the tourists are no more pushovers as they proved during the tour of 2017 when they won their maiden Test match against Sri Lanka. That loss eventually cost Graeme Ford his job.

“We want to beat them with pace,” De Mel was quoted in Sunday Island on Saturday. “It’s not definitely going to be spin. Bangladesh have a decent spin attack whereas we have a very good set of fast bowlers. So it’s sensible to stick to our strength. We might keep about five quicks in the squad. That is what the coaches are thinking,” he said.

SLC is yet to announce the schedule for the tour, but according to BCB sources, Bangladesh are expected to travel to Sri Lanka on September 27 for the three-Test series which is scheduled to start in Kandy from October 24. SLC is looking at ways to play two Tests at Pallekele as conditions there generally suit seam bowlers more. The last Test match will take place in Colombo.

This means Galle, which rarely misses out on Test cricket, will not host a game. A final decision is yet to be made as some seniors of the team are keen to play in Galle.

SLC are in discussions with health authorities on safety measures which needs to be followed during the series and according to SLC board officials, they were looking at the possibility of accommodating a limited number of fans during the games while players and match officials will be in a ‘bio-bubble’.