Towards Peace in Society: A Structure of Surah al-Hujurat 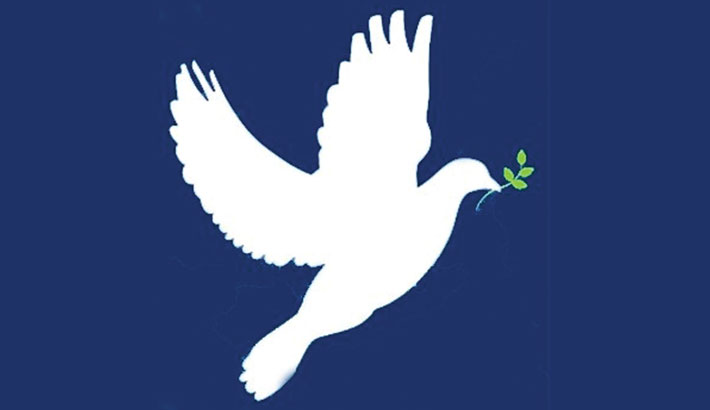 Social peace is an ultimate desire of all of us in this worldly life. Our life can not be joyful without having peace in society where we are living. Although, we all try to promote peace in society, there are many reasons behind destroying it. The Qur’an as the complete code of life for the whole of mankind irrespective of different nation, race, colour, philosophy, doctrine and religious belief, articulates the structure of social peace for any age. This article is going to highlight a few issues which are very essential for social peace in the light of surah al-Hujurat; 49th surah (chapter) of the Noble Qur’an.

1. Respect for Allah and His Messenger: One may raise a question how this can play a good role in promoting social peace? Yes, the answer is: if anyone wants to take any lesson from the Qur’an, he should respect for Allah and His messenger as the Qur’an is the word of Allah and was revealed onto His messenger Muhammad (pbuh). Therefore, at the beginning of this surah, Allah (swt) says, “O you who have believed, do not put [yourselves] before Allah and His Messenger but fear Allah. Indeed, Allah is Hearing and Knowing.” (Surah al-Hujurat, 49: 1)

2. Investigate any Information before you Believe in it and Spread it to Others: This is very essential for promoting peace in the society. Among other reasons behind destroying peace in society, to me, false information is significant one that creates lot of problems in the society. Moreover, in the present world, this has consciously or unconsciously become a very common trend especially among the young generation. Thus, it plays a positive role in destroying peace in  society. The Qur’an,therefore, commands us to investigate any information before believing it and spreading it among others. It states: “Believers, if a troublemaker brings you news, check it first, in case you make mistakes unwittingly and later regret what you have done, and be aware that it is God’s Messenger who is among you: in many matters you would certainly suffer if he were to follow your wishes….” (Surah al-Hujurat, 49: 6)

3. Reconcile Justly and Equitably Between Two inCase ofFighting: It is very natural phenomenon in society and the duty of us is to reconcile between them very justly and equitably. However, in the case of this, the Qur’an teaches us: “And if two parties or groups among the believers fall to fighting, then make peace between them both. But if one of them outrages against the other, then fight you (all) against the one that which outrages till it complies with the Command of Allah. Then if it complies, then make reconciliation between them justly, and be equitable. Verily! Allah loves those who are the equitable. The believers are nothing else than brothers (in Islamic religion). So, make reconciliation between your brothers, and fear Allah, that you may receive mercy.” (Surah al-Hujurat, 49: 9-10)

5. Do not Insult one Another: Insulting one another creates a mind of getting revenge. Thus, it creates problems in the society. It may lead to fighting one another which is really harmful for the peaceful society. Therefore, the Qur’an commands us not to insult one another. (See: Surah al-Hujurat, 49: 11)

6. Don’t use any Offensive and Bad Nicknames: It is very natural to be sensitive and emotional to anyone’s’ name. Everyone loves his or her name. So, if anyone calls any other one with a bad or offensive nickname, he/she may become anger on him and want to take revenge as well. As a result, it become a cause of extinguishing good relation between two. Therefore, Islam prohibits using any offensive nickname in calling anyone in the society. We all should respect for other’s names as well. The Qur’an says: “… do not call each other by [offensive] nicknames. Wretched is the name of disobedience after [one's] faith. And whoever does not repent - then it is those who are the wrongdoers.” (Surah al-Hujurat, 49: 11)

8. Spying and Backbiting each other are also prohibited: Spying unnecessarily or having good reason and backbiting one another are also strictly prohibited in Islamic law. It has been articulated very negatively in the Qur’an. Because, these two things break any good relation between two people. We all must be respectful for one’s privacy and dignity.  The Qur’an states: “And do not spy and backbite each other. Would one of you like to eat the flesh of his brother when dead? You would detest it. And fear Allah; indeed, Allah is Accepting of repentance and Merciful.” (Surah al-Hujurat, 49: 12)

9. Philosophy of One Nation: This is a very uniqueness of Islam. Islam as a universal religion believes in the philosophy of one nation. We all humankind are created from the same parents; Adam and Hawah (a.). In that sense, we all are brothers and sisters. We are not different because of our nation, tribe, clan, position, power, money, wealth, physical appearance but same as we are men. This philosophy of one nation can play very good role in promoting peace in the society. Once we really can understand this view, we surely havehonour and respect for others and, thus, mutual understanding between two which are very essential for peaceful coexistence in the society. The Qur’an, therefore, clearly makes a statement in this regard. It states: “O mankind, indeed We have created you from male and female and made you peoples and tribes that you may know one another. Indeed, the most noble of you in the sight of Allah is the most righteous of you. Indeed, Allah is Knowing and Acquainted.” (Surah al-Hujurat, 49: 13)

May Allah help us for doing good things in the society towards promoting peaceful coexistence! Amin.