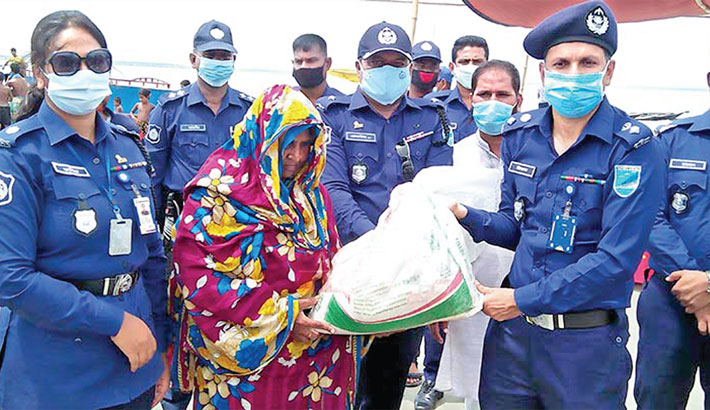 Superintendent of Police of the district Rifat Rahman Shamim handed out the relief materials to 500 flood-hit people in Baser Molla area of Charkataree union in the upazila.

Over 6,500 families across Manikganj received food aid from Bashundhara Group through administration and public representatives amid the flood and the pandemic.