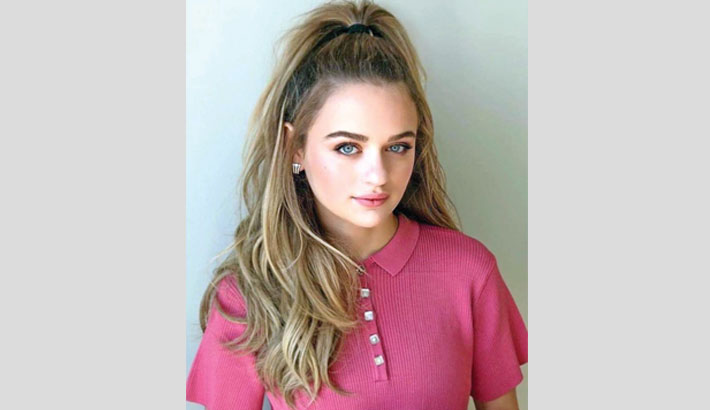 ‘Kissing Booth’ actress Joey King has joined the cast of Brad Pitt’s upcoming movie Bullet Train. Sharing her excitement about being a part of the project, she wrote on Instagram, “I’m so excited it’s kind of unbelievable! Is this real life?”

Based on Isaka Kotar’s Japanese novel Maria Beetle, the film will be directed by David Leitch. Zak Olkewicz has penned the script, reported Variety.

Leitch and Kelly McCormick are attached to produce the project through 87North, along with Antoine Fuqua.

Sony Pictures has been keeping plot details and character descriptions under wraps and no date has been set yet for shooting.

Joey King is fresh out of the success of the second film in her teen romance franchise The Kissing Booth. The film released on Netflix on July 24 and the streaming platform recently announced a third installment that will come out in 2021.

Brad Pitt was last seen in Once Upon a Time in Hollywood, directed by Quentin Tarantino, for which he won his career-first acting Oscar.