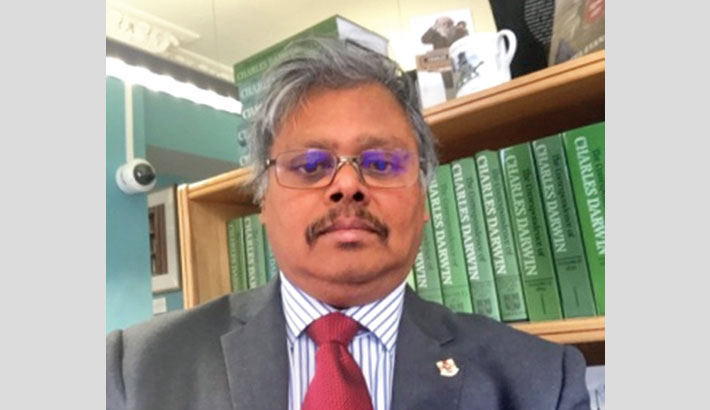 In his book, The Art of War, the Chinese military strategist wrote, ‘victory comes from understanding your enemy’. So, what we have learned about the novel coronavirus, known scientifically as severe acute respiratory syndrome coronavirus-2 (SARS-CoV-2), is that it is a killer with a range of impressive power, including the ability to travel amongst us undetected, infect almost everyone it meets and then reproduce before jumping off in search of a new host. In order to resist this enemy, scientific community is desperately looking for a treatment. Different media outlets have disseminated news about vaccine discovery. These are far from real situation. As a result the pandemic has generated a dangerous infodemic. What is the scientific reality for finding such treatment? This essay examines some philosophy and science behind such discovery.

When we think about the scientific realism of any discovery we consider the epistemic attitude towards the content of our theories and models and recommend our belief about both observable and unobservable aspects of the problem described by the sciences. By the term observable I mean under favourable condition something can be perceived using our senses such as the existence of water. On the other hand unobservable is that which cannot be detected this way such as proton in a molecule. This epistemic attitude has important metaphysical and semantic dimensions. One is our epistemic achievement and another is epistemic aim. In former case, scientific realism is a position concerning the actual epistemic status of theories. In later case scientific realism is in terms of what science aims to do. In this sense the scientific realist holds that science aims to produce true descriptions of things in the world. It is useful to understand our scientific problem in hand in terms of three dimensions: a metaphysical (or ontological) dimension; a semantic dimension; and an epistemological dimension. An important qualification to the general recipe for realism described above comes in the form of a number of variations.

Think about the variation of the treatment first. The Imperial college approach of vaccine development lead by Professor Robin Shattock suggests that their research focused on the genetic sequence that code for the spikes on the surface of the virus. Shattock and his team are convinced that ‘the presence of viral spikes alone will be enough to wake up the immune system and produce an antibody response’. Rather than trying to manufacture spikes outside the body and then injecting them, Imperial team wants our bodies to do the work in the same way that a virus would. To make this happen, Imperial team have created a vaccine made out of the genetic material which is then injected into muscle. This provides, as Shattock said, ‘the muscle cells with the genetic instructions needed to start churning out multiple copies of the viral spikes’.

On the other hand Oxford University’s Jenner Institute, lead by Sarah Gilbert, have created a vaccine based on targeting virus spikes in the hope that this will induce an immune reaction that will protect people against the real thing. However their approach is different. Oxford vaccine is made from a version of a common cold virus (adenovirus). It has been genetically modified so it cannot grow in humans but does produce the viral spikes of novel coronavirus. In 2019, Oxford Group showed that their genetically modified virus was safe and could induce a good immune response against MERS. Human trials using the MERS vaccine began in Saudi Arabia in December 2019. Oxford team has modified the MERS vaccine for SARS-CoV2 and tested in macaque monkeys, because macaques are a close relative of human. These monkeys get sick when they were infected with Covid-19. Then they were given a single shot of the Oxford vaccine and they all demonstrated a good immune response and recovered. Oxford Group has begun human trial in April 2020.

A number of other vaccine makers have also begun human trials, such as an American company called Moderna or Beijing based company called Sinovac. However, the potential problem that has so far been identified is that-people who have been infected with Covid-19 are getting infected again; even if we develop immunity, it won’t last and sometimes vaccine could make the disease worse. It has been observed a ‘disease enhancement’ with some experimental vaccines. This means that people who have been vaccinated become sicker when exposed to the virus than people who have not been vaccinated.

So, the scientific reality is that creating a safe and effective vaccine takes at least five years because they have to go through a rigorous testing process. Statistics suggests that 95% of the potential vaccines fail. The steps a normal vaccine has to go though include: Step 1 exploratory stage; step 2 preclinical stage; step 3 phase 1 trials; step 4 phase 2 trials; and step 5 phase 3 trials.  Please note that phase 3 trial is a tricky one, because in this phase, to find out any vaccine works, the people who have been vaccinated before then have to be exposed to the disease. If lots of Covid-19 is not in circulation, then one may have to hang around for the next wave to see if vaccine is effective or not. However, our reasoned hope is that as similar sort of vaccine has been developed previously, so one may be able to find the solution within twelve to eighteen month.

Very recently UK Health Secretary Matt Hancock made the comments to the Common’s Science and Technology Committee that the disease could be around for decades to come even if a jab was developed. When asked if the vaccine could be available by the end of year, Mr Hancock replied, ‘Well, I am an optimist in life, and on the best case scenario, the answer is yes…but my job is not to second guess whether we will or not; vaccine are an uncertain science and we need to be cautious and we need to be careful. We are working very hard on this but, I can’t promise to play Santa on vaccine.’

It is clear that with the development of the sciences over time, theories are converging on the truth.  This means that scientific reality is moving in the direction of and getting closer to the treatment of Covid-19. Hope is a powerful force and probably the most important factor when it comes to overcoming life’s biggest challenges. Without it, everything is lost.