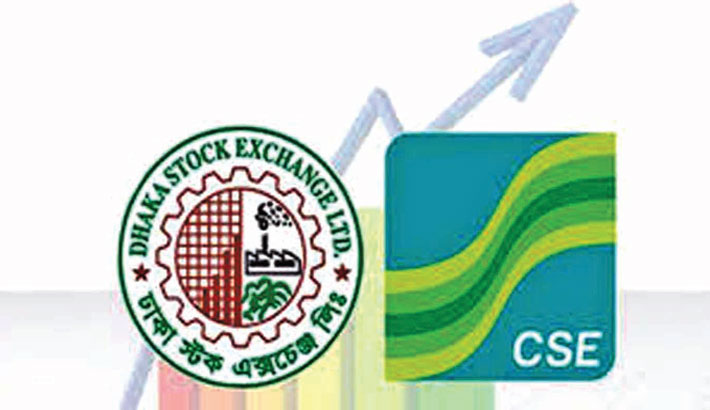 Stocks in the country’s premiere bourse gained for the fifth straight sessions on Sunday as investors went on buying spree at the lowest possible prices amid the floor price system.

DSEX, the key index of the Dhaka Stock Exchange, gained by 37.85 points or 0.93 per cent to close at 4,099 points during four hours trading.

Turnover stood at Tk 3.47 billion on the country’s prime bourse, almost same from the previous session.

Of the total issues traded, 122 advanced, 59 declined and 168 remained unchanged on the DSE floor.

A total of 78,235 trades were executed in the day’s trading session with a trading volume of 106.70 million shares and mutual fund units.

The market-cap on the premier bourse also rose to Tk 3,178 billion on the day, from Tk 3,150 billion in the previous session.

The Chittagong Stock Exchange also ended higher with its All Shares Price Index (CASPI)—advancing 63 points to close at 11,600 and the Selective Categories Index - CSCX –gaining 40 points to finish at 7,029.

Of the issues traded, 69 gained, 35 declined and 104 remained unchanged on the CSE.