My dream is to make DSCC free from graft 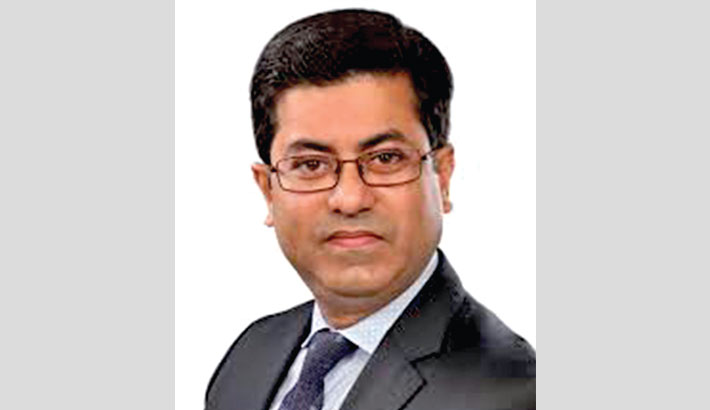 Taposh, also a nephew of Prime Minister Sheikh Hasina, has already started taking action to reach the desired goal as making the DSCC free from corruption was one of his top election manifestos.

Describing his action plan, the DSCC mayor during a tête-à-tête has shared his some major goals and dreams with the daily sun.

“Corruption will not be addressed by suspending or dismissing some corrupt persons only as the problem is deep-rooted,” he said.

Allegations are rife that the DSCC, widely known as a den of corruption, has miserably failed to serve its residents.

The former mayors drew flak for not dealing with the mosquito menace, water-logging and waste management and many more.

Mentioning some problems, the mayor said such anomalies will not be possible to be eradicated without administrative reforms.

“I’ve already started reforming the administration, bringing some top officials to book, and such a move will continue to provide the best services for the residents,” he said.

“The DSCC must be service-oriented and corruption-free to make it a well-governed institution,” he said. Over the waste management system, Taposh hopes that no waste will be found at open spaces by 2021 as the city corporation will fine those responsible for throwing waste there.

“Waste won’t be allowed on the streets while the cleaning of the sewerage lines and drains. Besides fine, legal action will be taken against the individuals or organisations involved with such an unethical practice,” he said, adding that a striking force would be ready so that none can dispose of waste at open spaces.

The mayor has planned to set up at least one Secondary Transfer Station (STS) or waste management centre in each ward to collect household waste from 6:00pm to 10:00pm and the collected waste will be dumped at the STS.

The mayor said roads would be washed and cleaned before the people come out of homes in the morning.

Over the mosquito menace, Taposh said the DSCC has been spraying insecticides from morning to evening every day under a comprehensive plan.

“We’ve taken many steps, including extending the hour of spraying insecticides in morning and afternoon and one fogger-man has been dedicated to every ward to carry out the task,” he said, adding that some 150-kilometre sewerage lines would be cleaned twice a month to control the menace.

The mayor also introduced an online system so that residents and owners of commercial buildings or institutions can seek support from the corporation for controlling mosquitoes at a minimum charge.

“If a resident files an appeal for cleaning his surrounding areas, the DSCC will take necessary action within three days,” he said.

Talking over the water-logging issue, the mayor said, “We are working to find out a permanent solution to the water-logging. Urban planners have already been asked to formulate action plans.”

He noted that many of the water bodies have been filled up.

“The canals and reservoirs still exist. If we can maintain their flow and clean them properly as well as ensure long-term conservation, it will help us reduce water-logging,” he said, adding that the DSCC would undertake the old Buriganga channel rescue project soon to reduce water-logging in the capital.

“My administration will synchronise the repair and maintenance work of different utility service providers in the capital to stop indiscriminate road digging,” he said.

The mayor said all utility service-providers must submit their demand note to the city corporation before starting repair and maintenance work.

Talking over bringing discipline on roads on the basis of franchise, Taposh, also chief of Dhaka Transport Coordination Authority, said they would sit with stakeholders soon to bring bus owners under a single umbrella.

“I want to introduce separate lanes for motorised and non-motorised vehicles, including rickshaws, bicycles and horse-drawn carts,” he said.

Mentioning that hawkers will be rehabilitated in phases to make footpaths free, Taposh said occupying footpaths by hawkers in the capital is a major problem and it is to be addressed under a master plan.

Shifting of chemical warehouse from the Old Town, he said that he does not want to see any more fire tragedy like Churihatta and Nimtoli ones.

“We will be able to take measures after the upcoming Eid-ul-Azha through discussions with those chemical factories and warehouse owners,” he said.