‘Interpreter a must to converse with Fizz’ 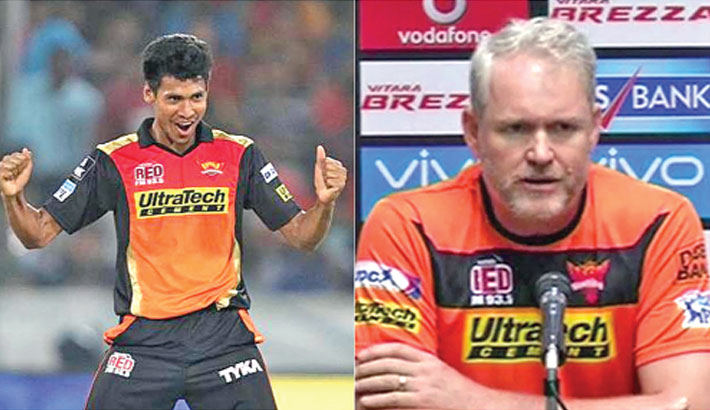 Sunrisers Hyderabad Head Coach Tom Moody revealed how he managed pacer Mustafizur Rahman through his effective communication method to bring out the best output for his team in Indian Premier League (IPL).

The language barrier has always been a problem for a player who has very little knowledge about foreign languages. Bangladesh left-arm pace bowler Mustafizur Rahman faced the same issue. Mustafizur got his maiden opportunity to play for the Sunrisers Hyderabad, a franchise team of the lucrative IPL in 2016.

Mustafizur was lucky in the sense that due to his death-over bowling ability, he was a first-choice team player since the very beginning of his IPL journey. But the problem he had to face was the language barrier.

“Yes, there was a player named Ricky Bhui in our team. Ricky Bhui was with the team at that time. He could communicate with Fizz. He has played a very important role in conveying the message to Mustafizur. If you want to talk to someone like Mustafizur, you have to end the conversation in a frugal way. At the same time, you have to explain the words in a very general and specific way,” said Moody.

“I used to have a conversation with him for a maximum of 10 seconds. Without Ricky, it would have been impossible for players and teams to keep in touch,” Moody said in an interview session with Harsha Bhogle in Cricbuzz. During his time with Sri Lanka, Moody came to know that Lankan pacer Lasith Malinga did not understand what Moody told him in English. Since then Moody adopted the strategy to communicate with players who are weak in English through another local player.