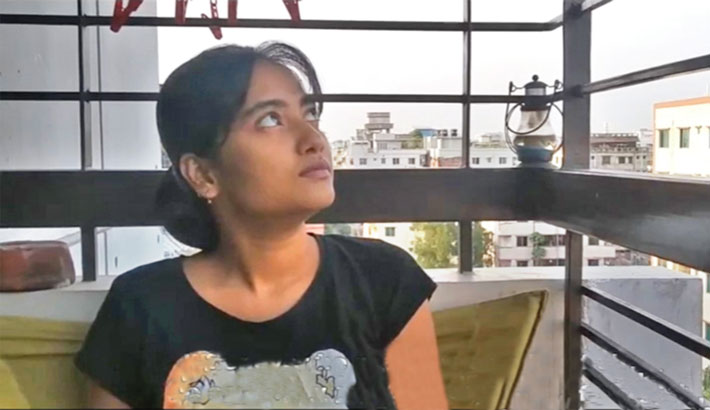 A scene from ‘Chhotto Puti’

Promising actress Sharmeen Akhee acted in a short film during the quarantine time. The film titled ‘Chhotto Puti’ has been directed by Rahat Kabir.

The eight-minute short film has described the quarantine life like an aquarium fish. Director Rahat Kabir himself choreographed the film while Sharmeen Akhee has given her voice to the film.

The film has been released on the YouTube channel of ‘Nirmata Chatgaa’ recently.

Talking about the short film, Sharmeen Akhee said, “We are passing a difficult time. But we are optimistic. We want to build a new world. After releasing the film on YouTube channel I am getting huge positive response.” 

Sharmeen Akhee is promising actress and model. She is regularly performing as model in TV commercials now.

The actress started her acting career in Chattogram. She acted under Arindam Natyasampraday there. In 2011, she first acted in Nargis Akter-directed TV drama ‘Bhalobasa Ki Kore Bhalo Hoi’ against Emon.

But, she came into limelight through the play Onamika.  Popular singer and actor Tahsan Khan played opposite Akhee in the drama.

While Akhee-starrer first movie was ‘Iti Tomari Dhaka’ based on 11 stories of 11 filmmakers. Her acting in the movie was highly appreciated by the viewers.