Subsidies to soar in FY21 to face corona impact 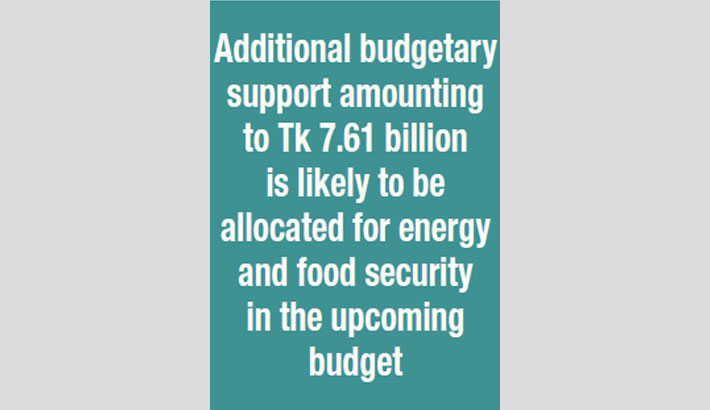 The government is likely to inject the highest-ever amount of subsidies in the power, energy and food, agriculture and export-import sector in the budget for FY 2020-21 to cope with the impact of COVID-19 pandemic.

Additional budgetary support amounting to Tk 7.61 billion is likely to be allocated for energy and food security in the upcoming budget.

The government is also likely to provide additional Tk 45 billion as incentives in agriculture, export-import promotion, jute products and remittance in FY 21, according to the draft prepared by the finance ministry.

Allocation for subsidy, incentives and loan facilities are going to be increased by Tk 54.05 billion to Tk 528.38 billion, according to primary proposals.

In the current fiscal year, budgetary allocation in these sectors was Tk 474.33 billion.

“Subsidy allocation is being increased in the budget as the government will have to support increased food production and economic revival to limit the impact of COVID-19 in the economy,” said an official concerned.

About Tk 239.53 billion is being set aside for providing subsidy on costly electricity prices and LNG. The amount will also support buffer stock of food grains, the official also said.

The government also estimated the LNG import subsidy at Tk 90 billion despite a fall in fuel prices in the international market. The government didn’t get any benefit from low-cost LNG prices as it has already signed long term deal with Qatar.

Earlier, the government put subsidy mainly on power, agriculture, exports, food, jute and jute goods. Now LNG has been included to the basket over the past couple of years.

Food subsidy is going to be Tk 59.53 billion, which is Tk 12.61 billion higher than the current fiscal’s allocation.

Tk 60 billion is being allocated for recapitalizing the struggling state-owned commercial banks.