‘ICC must specify what can and cannot be used’ 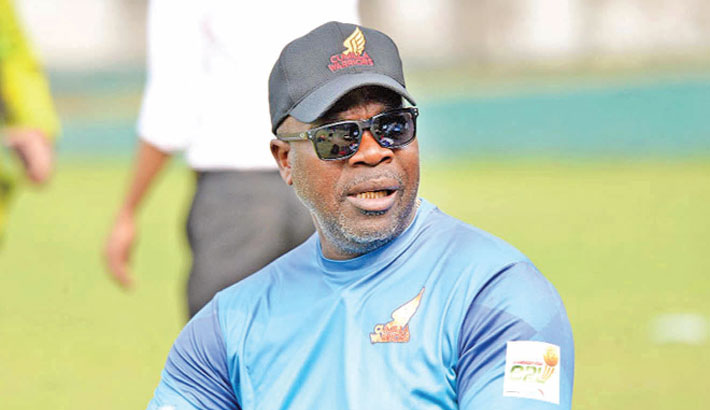 Bangladesh pace bowling coach Ottis Gibson said that International Cricket Council (ICC) must come up with specific guidelines regarding shining the ball when cricket resumes after the coronavirus pandemic subsides.

ICC Cricket Committee has officially recommended that saliva must not be used to shine the ball in light of the health and safety risk it poses in a world currently inhabited by Coronavirus.

The issue of maintaining the shine of the ball has been a subject of debate given the elevated risk of the transmission of the virus through saliva which is commonly used to shine the ball. The technical committee sought advice from ICC Medical Advisory Committee Chair Dr Peter Harcour before reaching consensus on the proposal.

The Committee was also apprised that it is highly unlikely that the virus could be transmitted through sweat and saw no need to prohibit the use of the same to polish the ball. It did, however, call for the implementation of enhanced hygiene measures on and around the playing field.

There were murmurs of the possibility of an interim use of foreign substances to maintain the ball, Kookaburra even mooted the use of a special wax, but no such leeway was provided by ICC. Australia’s leading fast bowler Pat Cummins has called for an alternative method to shine the ball following the ICC Cricket Committee’s recommendation to ban the use of saliva.

“If we remove the saliva factor, we have to have another option,” Cummins told cricket.com.au. “Sweat’s not bad but I think we need something more than that, ideally. Whatever that is, wax or I don’t know what. If that’s what that science is telling us, that it’s highly risky to use saliva, as long as we’re keeping other options open, whether that’s sweat or something artificial,” he said.

Bangladeshi Test pace bowlers Abu Jayed and Ebadat Hossain also echoed the same sentiment adding that they are waiting to see how ICC responds to it.

According to 41.2.3 of the MCC Laws of Cricket rules a player to have committed an offence if he takes any action to wilfully change the condition of the ball. However, the fielder is permitted to polish the ball provided he/she uses no ‘artificial substance’ to do so. Together saliva and sweat have ‘naturally’ met bowlers’ demands to have one side of the ball shinier thereby allow faster airflow and facilitate the physics of swing.

“I think it’s an interesting time for the game right now to cooperate. Certain things are going to change. How we look after the ball is going to be one of those things,” Gibson told daily sun when his attention was drawn regarding the saliva issue recently.

“A lot of teams are very particular in the way they look after the ball especially trying to get the reverse swing in the innings. We have also seen people use artificial means to get the ball to reverse,” he said.

“I think at the moment ICC has to take a lead on this. ICC has to be very specific what can and cannot be used. These are going to have to be the rules that every other team have to go by,” he said. “You cannot leave people to do what they want. Some people will try to do the right thing and some people will try to manipulate the ball. ICC will have to say what’s allowed and what’s not. People can’t do it in their own ways,” he concluded.