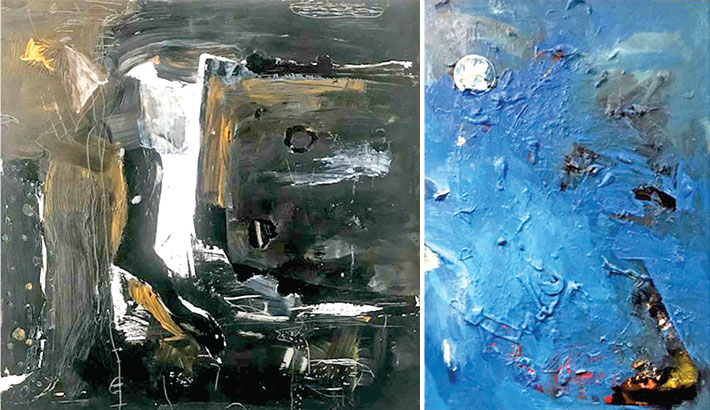 Brothers in Arms, a charitable art sales initiative has been launched recently to support the country’s events and activation industry struggling during the corona crisis.

Singer-cum-painter Rashid Khan launched the initiative with 20 of his paintings through facebook live. The proceeds from selling the paintings will be donated to the forerunners in the event management industry, which is facing acute financial crisis due to cancellation and postponements of multiple international and national events.

Rashid Khan’s paintings are available for sale on the project’s facebook page (www.facebook.com/brothersinarmsbd.)

Noted singers Partha Barua, Hasan Abidur Reza Jewel and Riad Hasan attended the online launching of the project. Every Monday and Thursday at 10:00pm, the organisers will appear in facebook live show to elaborate on their activities, events and news regarding ‘Brothers in Arms’. The recorded programme will also be telecast on Channel 9 every Wednesday and Saturday at 10:00pm.

Rashid Khan is the CEO of Creato, an event management firm in the country. Along with some of his industry fellows and friends, he came up with the idea to help the struggling forerunners in event management. Duringan art career spanning 25 years, Rashid Khan has participated in four solo and plenty of group exhibitions both within the country and beyond. Some of these participations have been for charitable causes, Rashid claims. His brush strokes are not only infused with passion for art, they also encourage him to stand up for charity and humanity.

Rashid Khan is a self-taught painter--- this is not at all a proper introduction for a creative personality. His umbilical cord with art has seemingly been intact since his childhood. He is simultaneously a figurative, objective and naturist painter. All of his images pulsate with life provocatively and dramatically. These elements make his paintings seem an authentic part of our surroundings with all our conflicts and achievements. His figures hint at many untold stories. His thought process is seemingly eloquent and has a touch of contemplation.

Rashid scrupulously paints with love and passion, and this artistic activity helps him to get rid of all kinds of pains, agonies and sufferings. Paint allows him to liberate himself and immerse into a spiritual world.

His modes of expressions are varied but realistic and surrealistic approaches are in focus at his creations. He never concentrates on a particular subject and portrays varied subjects present all around him. His paintings are distinguished by both strong and soft shades, scrupulous strokes and mellow textures.

As an ardent innovator, Rashid has been constantly experimenting with lines, forms, compositions and textures. He has worked in varied mediums for exploring the ins and outs of his mediums and has been constantly exploring to get the grip of the essence of individual mediums. His dexterity has also been proven in his application of colours and textures.