Naim Murtoza and his ‘Bengal Boys’ 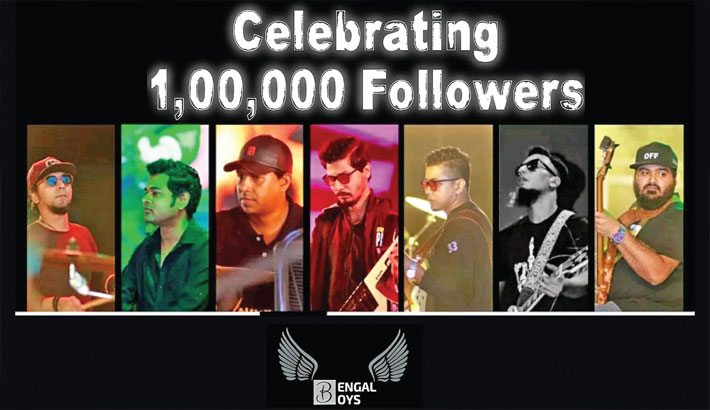 Naim Murtoza is a talented classical singer of the country. He took his training on classical music for 16 years. He has been showcasing his talent as a solo singer for many years, but he wanted to do more. In this continuation, Naim has come up with a musical band named Bengal Boys this year.

Bengal Boys is the country’s first classical rock fusion band. The other members of the band are -- Amit, Zico, Prithyle, Shishir, Rubel and Sefat. All the members have been involved with music for over 15 years.

The band already released two singles back to back.

Both songs have been highly appreciated by the listeners by its lyrics and way of presentation.

The first song ‘Batpaar’ has got 3 million views within 3 weeks. The lyrics of the song have depicted society’s true picture and current situation of our country. Their second track ‘Shopno- Its time for Humanity’ has sent a message to humanity to the world.

The songs have been written by Nahid Irtaza, composed and sung by Naim Murtoza. Music videos of the songs are now available on facebook page and YouTube channel of Bengal Boys.

Now, the band set to release their upcoming track ‘E Juger Muktijoddha’. The song is for those who are serving the nation amid coronavirus outbreak.