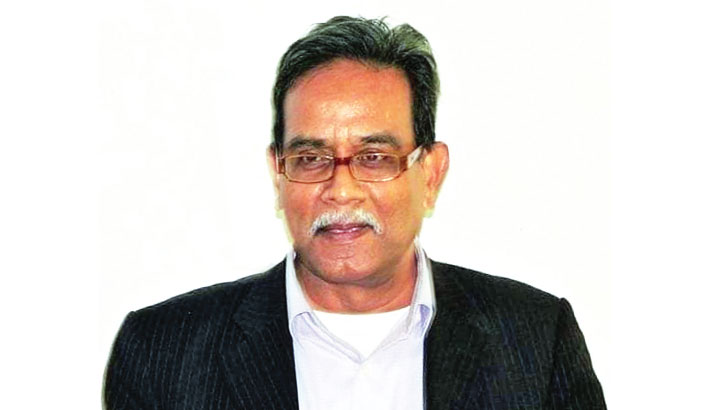 Professions have multiplied since the middle ages when the term "profession" referred only to law, medicine and priesthood. Historically, what priests, doctors, or lawyers professed was an ethical reality: To hold them bound to do a certain type of good for others.

They promised service and many particular obligations which were listed in codes of professional conduct. The medical codes, for example, were simply a written expression of the moral obligations assumed by persons who "professed" to help who were ill.

But professional claims of goodness today are suspect and open to criticism as there is a notable debate between a cricketer and a doctor. People reacted in social media and they rather blamed the physicians for their negligence of duties. Let us remember physicians want to be loved by them and to conduct their lives so as to earn both.If doctors do not attend their patients or show some concern for the public image of the profession, they will be censured in subtle and sometimes unsubtle ways.

Virtue and character are neither purely subjective nor strictly of ideal categories. Both can be derived from the very nature of the doctor/patient relationship. Parents, for example, feel obligated to conduct which outside the parental commitment 'would certainly be an ideal form' of love and care. The same is true of doctors who sometimes feel obligated to heroic conduct toward their parents and generally are obliged virtue than nonprofessional persons.

Every human being is under moral obligation to respect others, to help them, to keep promises and secrets, and to be truthful, but the doctor is obliged to go beyond normal expectations in relationship with patients.

By profession, the doctor is bound to uphold higher ideals and higher virtues because of the nature of medical relationship. Not, unlike, what is expected of the priesthood, people rightly expect more of the doctor. Virtue considerations are justified today because many of the issues facing physicians do not lend themselves to objective analysis and discrete solutions.

Doctors have to take action in clinical situations without being able to identify all of the objective facts, let alone the objective rules for the right thing to do.

Conflicts often develop within families and between families and doctors that simply cannot be solved by following set rules anymore than the problems of aging, or lost love, or death can be handled by rules or rights.

The doctor/patient relationship is one in which the medical needs of one person and the technical ability of another form the basis of a humane partnership. Medicine is a form of human encounter characterised by help.

The doctor/patient relationship is more than a narrow professional concern because human beings are, by nature, indigent. Persons need help from others from the moment of birth to the time of death, but specially(and in a particular way) in times of illness. The doctor's help is called assistance, a term which in its etymological roots means 'to stand alongside another'. What the doctor does for the sick person involves, by definition, a certain closeness or relationship. All who look at modern, high-tech medicine agree that this relationship is threatened.

Technically-minded physicians have dreamed of a medical art devoid of relationship, and based entirely upon data provided by machine and computers. This view influences every aspect of high-tech medical care.Medical acts in this view not only could be carried out without doctor/patient contact, but in fact, would best be carried out in a non-personal way.

But medical treatment has to be more than objective and scientific. Because patients have personalities, characters, virtues, vices, fears, thoughts, projects and loves, these dimensions, too, have a place in the way they are treated by doctors.

In modern times, impersonal, technical developments abound, and consequently, the human dimension of medicine has come under considerable pressure. New technologies separate doctors from patients in even more subtle ways. The only realistic ground for a personalistic medical ethics is the structure of the doctor/patient relationship. Every human relationship has its cognitive dimension and, in the medical encounter, this takes a specific form called diagnosis. It is the doctor who bears the major cognitive responsibility of knowing the patient in the sense of knowing what is wrong with him.

The patient, of course, plays a role in this too because both have a stake in the doctor's coming to know what is wrong. Doctor and patient come together to know something that is important to both parties. Good diagnosis involves knowing of the patient as a person. If medical diagnosis cannot occur outside a personal relationship between doctor and patient, neither can treatment.

A German clinician used to tell his students that treatment begins when you shake hands with your patients. The person of the doctor, his presence, his character, and his reputation – all have an important effect on the patient's improvement.The doctor himself is the first medicine prescribed.

Good doctors speak to their patients just as any kind of human help involves people talking to one another. The help which the patient seeks from the doctor is not exhausted in diagnosis and therapy.

Illness creates a painful ignorance, and the patient wants the doctor to relieve the ignorance. Patients want to know what's wrong with them, what can be done to help, treatment options, alternatives, and more. Each patient has an individual set of questions which need to be discussed with the doctor. Even when diagnosis is successful, if doubts and questions are not addressed, patients go away dissatisfied.

Doctors who do not talk to their patients fail in an important dimension of their medical responsibility. Medical assistance, therefore, involves verbal communication. The doctor/patient relationship today creates a need on the part of the patient for help and protection against the worst, social effects of illness, and assistance in gaining access to hospital help when it is necessary.

The doctor/patient relationship is social also in the sense that the patient comes from a certain socioeconomic condition, which may or may not provide equal access to the doctor's help. What the doctor does to the patient also has a social effect.

In Greece during the 4th and 5th century B.C. whether a patient was a slave or a free man had a lot to do with the kind of medical treatment he received. In the final years of the 20th and the beginning of the 21st century there is still a different medicine for the rich and the poor.

Human beings are structurally religious just as they are structurally needy, ethical, social, spiritual and affective. Even atheists are religious in the sense that all human beings form their lives on the basis of a vision of what life is all about, and the vision is always supported by faith instead of science.At certain times in life, the attachment to routine is broken, and ultimate questions force themselves into consciousness. Serious illness and imminent death are just such times, and consequently, doctors are often drawn into religious concern

Human beings also form images of themselves, and ordinarily the body is a ready instrument to pursue particular images. Individual goals and purposes reflect our images, and a healthy body permits their active pursuit. Bodily activity is an agent of personalised projects and when illness occurs, life falls into turmoil. Serious illness threatens our images, purposes and goals, and, so, threatens the very meaning of our lives.

The body itself, which ordinarily is a ready instrument for other pursuits, becomes the focus of our attention. Patients rely on doctors in such a crisis, depending on them for information, looking into them for advice, orientation, protection, and perhaps even for help in deciphering the meaning of life and death. Seriously ill and chronically ill patients suffer an assault upon their self-image and consequently, upon their identity and integrity. Often they look to the doctor for a way of coming to terms with the meaning of their lives in the face of this change..

If the patient needs help with issues of ultimate meaning or struggles to hope when all human possibilities seem exhausted, at least the doctor has an opportunity to respond. Religion, as a virtue, is the personal quality which makes it possible for the doctor to be adequate to this last possible patient's need.

The writer is the Treasurer of Jagannath University, Dhaka.