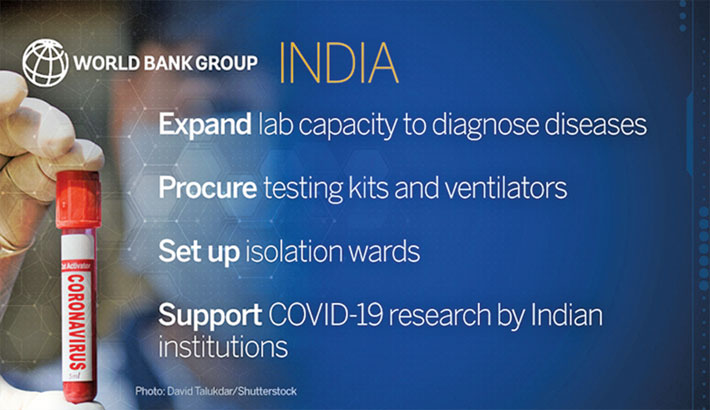 At the outbreak of the coronavirus or Covid-19 disease, Government of India has taken proactive steps which have been extremely useful in controlling the situation.

India’s public health response is proactive, pre-emptive and graded – includes screening and travel restrictions, social distancing and lockdown. In India, active screening and isolation of travelers started on January 18 - this is 12 days before the first case was reported on January 30. Globally, passenger screening started at stage II and III of the infection. Italy and Spain doing it 25 and 39 days after the first reported case.

India implemented visa restrictions very early starting from January 17 by issuing the advisory of not to travel to China followed by suspension of visa facility for China from February 5. Travel advisory was issued on February 5 requesting people to refrain from non-essential travel to the five affected countries. By March 2, visa was suspended for South Korea, Iran, Italy and Japan. Restrictions on travel by sea started from March 10 when entry of cruise ships was prohibited and visa suspended for France, Germany and Spain. By March 11, all existing visas were suspended for France, Spain and Germany and incoming flights prohibited from March 19.

Government has also taken steps to ensure availability of medical equipment in the form of PPEs, N95 masks and ventilators. Export of PPEs were banned from January 31 and now there are 20 domestic manufacturers with orders placed for 17 million more personal protective equipments or PPE. There were 275,000 PPEs available initially and states were given 294,000 PPEs.

In January, there was only one testing lab, the number increased to 223 (157 public and 66 private) and 115,000 samples were tested. Rapid Antibody Test was initiated on Influenza like Illness (ILI) patients in Containment Zone and innovative test collection models introduced.

Special attention was also devoted to the capacity building of heath care personnel. By December 2019, training on managing high hazard pathogens was initiated and training of trainers was done by March 6. Between March 9 and 11, States level training was done and district and facilities-level training completed. To ensure maximum outreach, web-based training on ventilator management by AIIMS on March 21-22 mock drill for Corona preparedness took place in all hospitals across the country. The doctors of All India Institute of Medical Sciences (AIIMS) conducted series of trainings for members of Indian Medical Association (IMA) and designated hospitals.

To augment funds available with States, Rs.110 billion were released from State Disaster Response Fund (SDRF) by special dispensation in advance on April 3 for crisis management.

By March 14, States were allowed to use SDRF for setting up quarantine facilities, testing labs and equipment. On March 28, SDRF was permitted to set up relief camps for providing food, etc. to homeless.

Detailed advisories were given to States for providing food, water, shelter, healthcare to migrant labourers directing them to keep in nearest shelter or quarantine facilities, ensuring arrangement of food, etc. and District Collector and Superintendent of Police made responsible for enforcement of these orders.

On March 31, Indian Supreme Court appraised of the steps taken for the welfare of migrant laborers following the filing of two Public Interest Litigation (PIL). SC also expressed satisfaction with the steps taken by Government of India.

A package of Rs.150 billion for the health sector was introduced. Insurance scheme was introduced for over 2.2 million workers in government hospitals, healthcare centres and labs for ward staff, cleaning personnel, technicians, Accredited Social Health Activist (ASHA) workers, paramedical staff and doctors. The scheme is operationalised from March 30.

Under Pradhan Mantri Garib Kalyan Yojana Rs.1.70 trillion package was introduced on March 26 for immediate relief of the most hit farmers, labourers and the poor.

Ensuring food security is one of the priorities of the government. About 800 million people will come under the Pradhan Mantri Garib Kalyan Anna Yojana (food scheme). Everyone under this scheme will get 5 kilogram wheat or rice for free in addition to what they are already getting. The government will also give 1 kilogram of choice of pulse to each household under this scheme for the next three months. Supply of pulses have started and will be completed by April 25.

Under Indian Prime Minister’s Kisan scheme, farmers are eligible to get Rs.2000 and this will immediately benefit 80 millions farmers. Already, Rs.127.71 billion have been disbursed to 64 million beneficiaries.

Looking at the needs of the women, Government will deposit Rs.500 monthly for the next three months into Pradhan Mantri Jan Dhan Yojana (PMJDY) accounts held by women. This will benefit 200 million PMJDY account holder. The first installment of Rs.78.25 billion has been credited into the accounts of 156.5 million women.

The government of India will pay the Employees Provident Fund (EPF) contribution (24 per cent of salary) for three months for 8 million workers earning less than Rs.15,000. The amount will be credited into EPF accounts on April 15 and then in May and June.

Daily wages under Mahatma Gandhi National Rural Employment Guarantee Act (MGNREGA) have been increased. This wage increase will result in benefits worth Rs 2000 per worker and will impact 50 million families.

States have been advised to utilise the welfare fund for building and construction workers. The welfare fund has Rs.310 billion and 35 million workers will be beneficiaries. Local administration of 31 states and union territories announced cash benefits from Rs.1000 to Rs.6000.

Centre has advised states to utilise funds under the District Mineral Fund for supplementing testing, screening and other measures required to contain Coronavirus. Rs.450 million have been spent.

An institutional response framework has been put in place with the Prime Minister monitoring the situation everyday and continuously engaging with Chief Ministers and State Health Ministers. Group of Minister (GoM) have been set up to monitor and Committee of Secretaries (CoS) coordinating the response. Eleven Empowered Groups formed by Government for Integrated Response. National Task Force of eminent medical and public health experts are guiding the strategy and senior officials deputed to states to act as a continuous link. Video conferencing conducted by Cabinet Secretary with all District Collectors, Municipal Commissioners, Surveillance officers and SPs of States. Best practices shared by districts and continuous focus on surveillance, contact tracing and patient management initiated.

The writer is a scholarship holder

on Electronic and Digital Media