Implementing ban on single-use plastic : Are We On The Right Track? 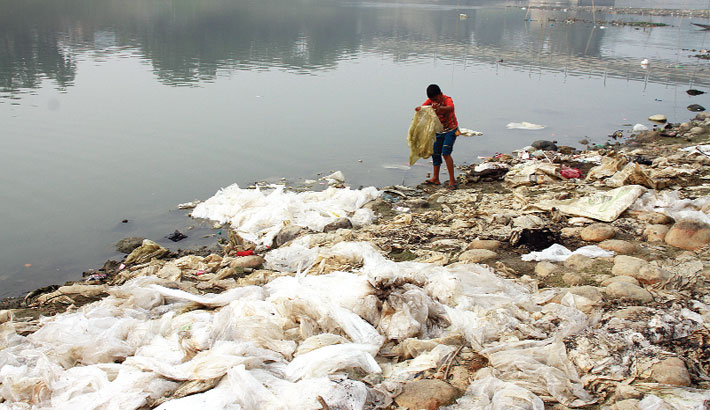 In the recent years Bangladesh has been considered as one of the most plastic waste producing countries contributing around 3,000 tonnes of plastic waste every day. Waste Concern, an award-winning Bangladeshi social business enterprise that promotes waste recycling, said in a study published in February 2019 that annual per capita consumption of plastic products in Dhaka rose to 17.24 kg in 2017 from 5.56 kg in 2005. On the other hand, Environment and Social Development Organisation (ESDO) claimed that 87,000 tonnes of single-use plastics are thrown away annually in Bangladesh. While according to United Nations Environment 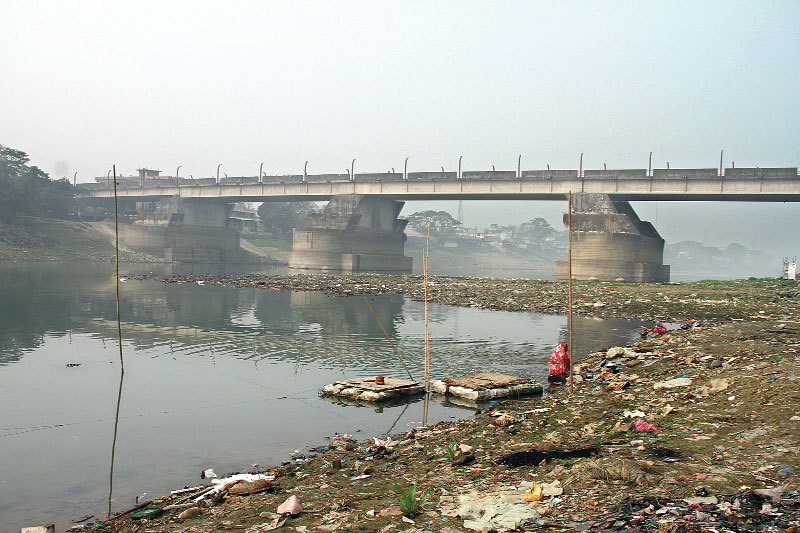 Programme (UNEP), a total of 73,000 tonnes of plastic wastes were dumped in the bay through Padma, Jamuna and Meghna rivers in 2018. All these have been creating serious threat to our lands and coastal areas. Thus, on December 17 last year, 11 rights organizations, including Bangladesh Environmental Lawyers Association (BELA), filed a writ petition as a public interest litigation (PIL) saying that the hazardous effects of plastic, particularly single-use plastic, on ecology, aquatic and marine life, soil fertility, agricultural production, human health and safety are violations of citizens’ constitutional rights to life, health and environment. In response to the petition, the High Court passed an order on January 6 where the government was asked to strictly enforce the ban on one-time plastic including drinking straws, cotton buds, cigarette butts, food packaging, food containers, bottles, plates, plastic cutlery and plastic bags and use of polythene in coastal areas and hotels, motels and restaurants of the whole country within one year through regular market monitoring and closure of polythene manufacturing factories. The government was also instructed to submit a report on the progress status of the directives by January 2021. It is undeniable that to make the ban effective multifaceted strategies should be taken. From taking strict monitoring policy to closing production and inventing alternatives, all are important steps that need to be taken for achieving desired success. Two months have already passed since the court order. If the government really wanted to implement the order within one year, they should have already taken some visible steps. But it is very unfortunate that till date we are not watching any such effort from the part of the government that can be effective in enforcing the ban. 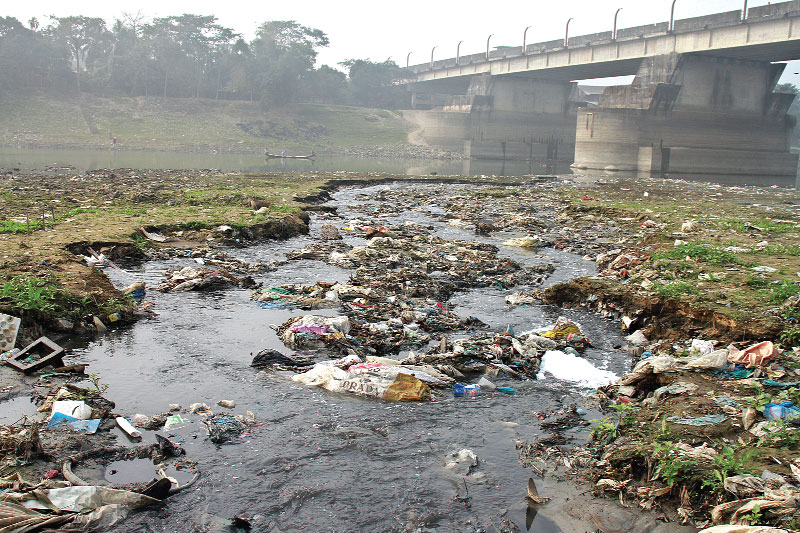 to achieve desired success as replacing plastics and polythene is really a hard thing to do. India retracted from its decision to impose a ban on six such items. Plastic bags, cups, plates, small bottles, straws and certain types of sachets were on the list, but those have been exempted considering the adverse impact on certain industries and their employees at a time of economic downturn. The environmentalists opine that the court order is a major step, but Bangladesh will have to face similar situation unless preparation is taken from now onwards for enforcing the ban. That is why China, one of the world’s biggest users of plastic, has taken different strategies to impose ban on one-time plastics and polythene. Thus we have to make a proper plan to get success. We must bring a change in our daily habits as well.

All the plastic products and polythene, which have been banned already, are available in the market. Consequently use of one-time plastics is going on unabated. Shopkeepers, restaurant owners and other service providers are still offering drinking straws, food containers, bottles, cups, plates, plastic cutlery and plastic bags. The common people are also using these without asking any question. Moreover, they are also using polythene bags for carrying daily commodities from kitchen markets and shopping malls. Observing the fact it seems that the people are not aware of the court’s order. After talking to several individuals we have come to know that many of them even do not know anything about the order. Thus conducting awareness campaign is a must now. Before taking any other steps the common people should have been made aware of the directives to stop using one-time plastic and polythene. But no such initiative is visible so far. A single awareness campaign is yet to conduct regarding this issue. If the common people are not informed, how will the concerned authorities be able to implement this ban? 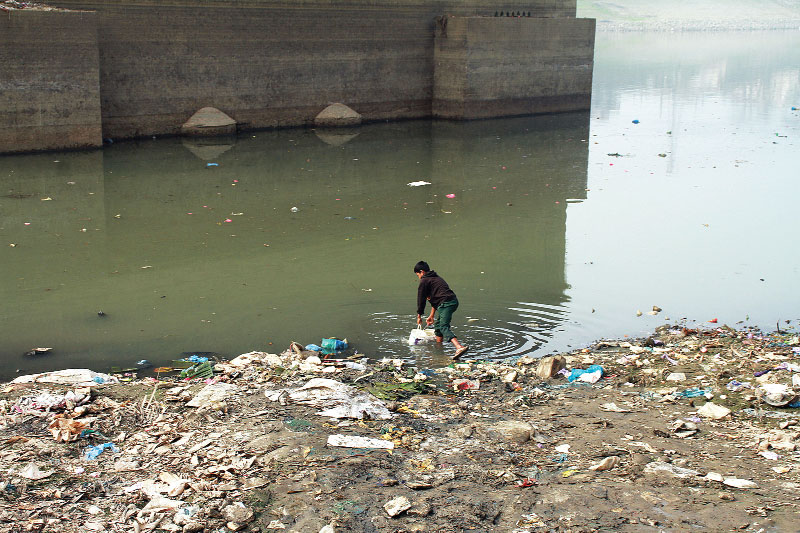 Then again, when we want to stop using something, a suitable substitute of that product is necessary. But the question is - do we have proper plan to replace single-use plastics and polythene in reality? It is true that earlier people used different traditional and natural resource-made utensils to fulfill their different needs that have been replaced by polythene and one-time plastics. They used reusable bags made of jute for shopping something from the kitchen markets, while clay-made pots or glass bottles were used to carry different sorts of sweets, oils and other liquids. Now it is a demand of the time to return to our old strategy once again, if we want to implement the ban perfectly. Still the necessity of polythene bags may emerge, especially when it comes to packaging a product. But here is a piece of good news as well, but only if the authorities concerned are willing to take the opportunity of much-talked-about Sonali bag or golden bag, made of jute, which is considered as a better substitute of polythene. When any sector or industry needs water-resistant materials for wrapping and packaging, the newly developed sheet of jute can easily be used. Meanwhile biscuit, salt and milk manufacturers can get an option for environment-friendly packaging if this jute sheet is further improved. But till now none of these products are available in the market which are essential to stop the use of plastics and polythene. Moreover, commercial production of these products has not been started in large scale.

The most important step, which has been emphasized by the court as well, is regular market monitoring. Without proper and regular monitoring any step will fail. For instance, Bangladesh, as the first nation of South Asia, banned the use of polythene in 2002 according to the Bangladesh Environment Conservation Act. At the beginning the initiative got some success as well. Due to regular monitoring from the part of the government and punishment of the traders, use of polythene reduced and many people stopped using polythene during that time. But gradually owing to lack of proper monitoring, polythene returned strongly and grabbed the whole market system. Currently we do not see any initiative for monitoring the production and distribution of polythene, and for punishing the perpetrators by the concerned authorities.

When the High Court asked the government to stop use of polythene, it was expected that they would take all-out efforts. After the court’s direction the concerned authorities of the government could prepare an action plan to achieve real-time success within a certain period of time. For example, they could disclose their strategy and inform the people about what kind of improvements they are aiming for after three, six and nine months. But they seem completely reluctant to realize the court order. This reluctance not only points to their carelessness regarding the conservation of environment but to their contemptuous attitude towards the rule of law.