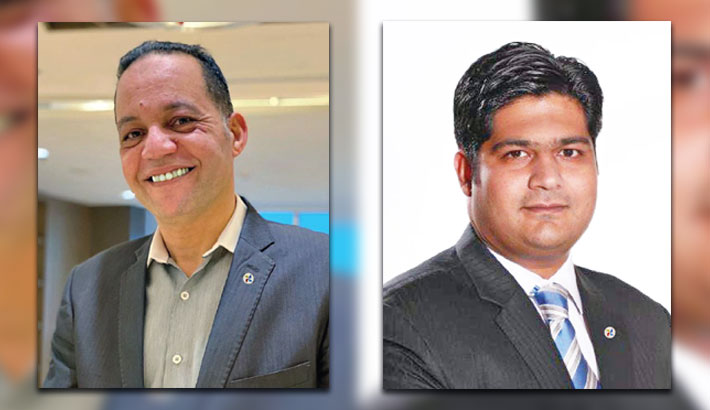 Four Points By Sheraton Dhaka is delighted to announce that Mohammed El-Moselhy has joined as Director of Food and Beverage, and Mohammad Fawaad has been promoted as the new Director of Operations.

Mohammad Fawaad has recently promoted as Director of Operations at Four Points by Sheraton Dhaka.

Having over 15+ years in the hospitality industry with a strong command in sales and marketing, said a press release.

His remarkable journey started as a Sales professional from Hotel Sarina and continued serving the industry as Sr. Executive Sales, Assistant Sales Manager, Assistant Director of Sales at Radisson Blu Dhaka. He has achieved the best Manager of the Year 2010, 2011 and 2013 in Radisson Blu Water Garden Hotel Dhaka for outstanding managerial performance and revenue management.

His last position held was Director of Sales at Four Points by Sheraton Dhaka.

El-Moselhy holds a Bachelor’s degree from Oxford International in Hospitality Management, and MBA from Cornell University in food Service Management. He has an immense experience in working with different team and driving performance with great guest satisfaction with 23 years of hotel experience. His hobby is traveling and reading and of course meet with new people and explore into the diverse culture.