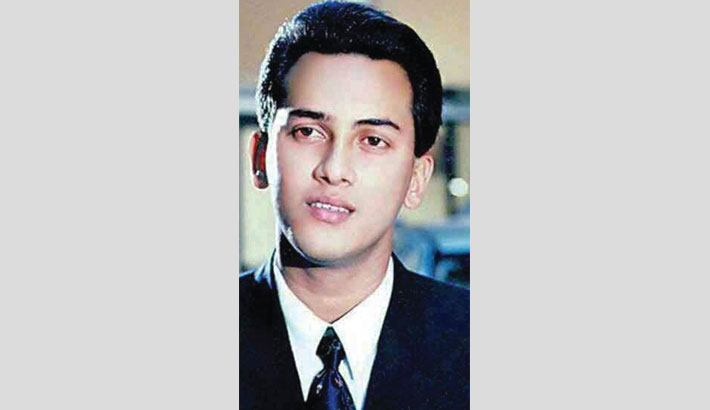 PBI Chief Banaj Kumar Majumder disclosed their probe findings at a press briefing at its headquarters in Dhanmondi area of the capital on Monday.

A PBI team unearthed some possible reasons for the suicide of Salman Shah.

The reasons include Salman Shah’s affair with actress Shabnur, conjugal feud with his wife Samira Haq and his tendency to suicide.

Nila Chowdhury, mother of Salman Shah, rejected the investigation report, terming it false. She vowed to move the High Court against the report.

Film producer and director Alamkir Kumku, also maternal uncle of the actor, said the PBI made an imaginary investigative report.

However, DIG Banaj Kumar said, “We didn’t get any evidence that Salman Shah had been killed. We’ve taken statements from his wife, relatives, neighbours, friends and co-actors and actresses.”

The writing in the suicide note, which was found in the hero’s room, was handwriting of Salman, the PBI chief claimed. “After scrutiny everything, we’ve found that Salman had committed suicide for mental pains,” he said.

On September 6 in 1996, doctors declared Salman Shah dead at Dhaka Medical College Hospital whereto he was taken in critical condition.

The PBI depicted that in the evening of September 5, 1996, Samira went to FDC’s dubing theatre in which dubbing of ‘Prem Piashi’ film was going on. Samira saw Salman and Shabnur in intimacy condition and she left the dubbing room.  Around 11:30pm, Shabnur phoned Salman when he was with his wife at their residence at 11/B Eskaton Plaza on New Eskaton Road in the capital.

Salman went to toilet talking over phone and forbade Shabnur not to phone him. At 12:00pm, Shabnur again phoned Salman.

Then, Samira left their flat and went to ground floor from which PS of Salman managed to return. At 12:15am, Shabnur phoned Salman again. Then, he broke his phone set into pieces and broke the table fan gifted by Shabnur.  Next morning, Salman’s father came to their flat around 9:30am. Samira gave him breakfast.  Later, Salman got up and asked water from house help Monoara. He drank two mugs of water. After that, gardener Jakir came to Salman and asked his three months due salaries. Salman did not talk to him and went inside room. And he phoned security guard Delwathrogh intercomand asked him not to allow anyone in his flat. After that, Salman stood in front of bedroom and looked at Samira. Samira asked him what he was looking. Salman said nothing and entered dress room and locked its door.

Another house-help Doly and Omar Faruk knocked at the dressing room door for getting Omar’s dress there, but it was not opened.

Then, Samira unlocked the door with a key and found Salman hanging from a ceiling fan. Boy Omar, Doly, Monoara and Abul were present there.