Mujib a symbol of courage, sacrifice 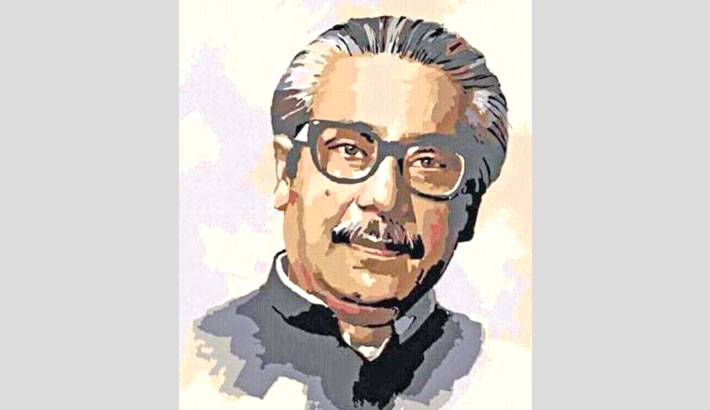 February 23, a red-letter day for Banglaee nation as 51 years back in 1969, the people of Bangladesh bestowed Bangabandhu title upon Sheikh Mujibur Rahman who later led the nation to attain freedom through supreme sacrifices of Bangalees in 1971 Liberation War, reports BSS.

Tofail Ahmed, the then Dhaka University Central Students’ Union (DUCSU) Vice-President and Sarbadaliya Chhatra Sangram Parishad Convener bestowed the title on behalf of the people at a mass rally upon Sheikh Mujib, subsequently the Father of the Nation, one day after he was freed from jail in the Agartala conspiracy case on February 22, 1969.

“On the basis of historic 11-point movement, we freed Bangabandhu from Pakistan jail on February 22 through a mass-upsurge. As a mode of gratefulness, the Chhatra Sangram Parishad, on behalf of the nation, conferred Bangabandhu title on Sheikh Mujibur Rahman on February 23,” Tofail, who was DUCSU VP in 1968-69 term, told BSS in an interview.

Recalling the event, a veteran Awami League leader Tofail said: “I chaired the function as the DUCSU VP and I addressed before Bangabandhu. I had said we are conferring Bangabandhu title on our great leader who spent his youth in Pakistani jail and who wanted to embrace death on the stage of gallows in smiling face.”

Since then, the greatest Bangali of all time has been known by that title which, in Bangla, means the friend of the people. This year the nation is going to celebrate the birth centenary of the great leader who was born at Tungipara in Gopalganj on March 17, 1920.

Tofail, a seasoned politician and parliamentarian, said, “Under the leadership of Bangabandhu, we won the 1970 general election and subsequently he had led the Liberation War to attain the independence for the country in 1971”.