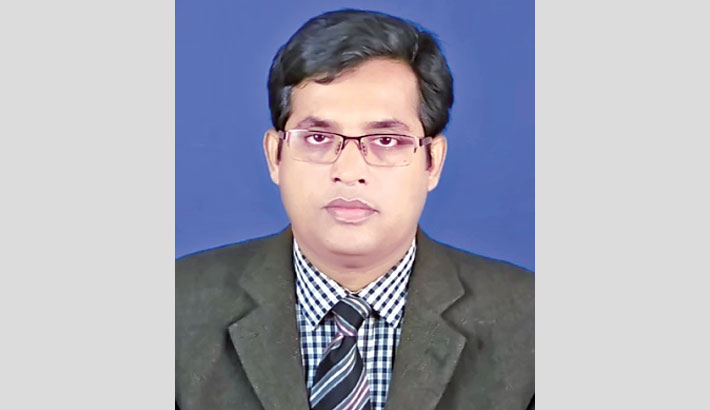 Of late, the issue of the uniform entry test at the university level has received a momentum at the government level after the honourable President of Bangladesh’s directive in a meeting organized by the University Grants Commission of Bangladesh (UGC). In the presence of all the Vice-Chancellors of the public Universities, honourable President insisted on reaching an agreement to introduce a uniform entry test for the students aspiring to get admitted in different public universities.

The issue was being discussed within the government and academia for a few years. Most importantly, in many of his speeches, the honourable President highlighted the despairs of the students and their guardians caused due to individual admission test in different public universities. There is a tendency among the students that they apply in many of the public universities in order to secure a position for them as entry test is considered as one of the most important battle for the students. This requires them to move from one university to another within a very short period of time.

Generally, the old public universities, mostly the four universities that are run under 1973 act, have been found incredulous about organizing a uniform entry test. The executive authorities of these universities do not show enough enthusiasm in making a commitment in this regard. Most importantly, Bangladesh University of Engineering and Technology (BUET) and Dhaka University do not want to get clustered with other universities. On the other hand, Rajshahi, Chittagong and Jahangirnagar Universities always follow Dhaka University when it concerns a policy decision. It is true that the administration of these universities cannot take a decision on their own in this regard as they are required to get approval from the academic council on matters relating to determining the modality of entry test. We have experienced that despite the assurance of the VCs of these universities to introduce a uniform entry test, the decision was reversed when they brought the issue in the academic council. As a matter of fact, the teachers of these Universities do not want to get clustered with other universities as they feel proud for ensuring a fair entry test in their respective University.

This year the UGC has been found very active well ahead of the entry test. They have held a number of meetings with the Vice-Chancellors of public Universities. The media reports state that an agreement has been reached among the Vice-Chancellors of newly established public Universities to join a uniform entry test. However, BUET and Dhaka University are yet to take a final decision in this regard. Even other Universities that are run by the 1973 act have taken time to discuss the issue in their respective academic council. Having observed the enduring discussion about the issue, I have got a feeling that the universities that are run under 1973 act and BUET would not finally be joining the uniform entry test.

There is a trepidation that the authority would find it very difficult to ensure fairness in the entry test which was experienced in case of medical entry test. Although only one test is taken all over the country for selecting medical students, the process has been seriously criticized for manipulation. However, in the last couple of years, we have rarely heard any sort of grievance against the process of entry test or leakage of questions in medial entry test. Therefore, the authority should consider many aspects before taking a final decision on the introduction of a uniform entry test.

As regards to the modality of the test, it has been learnt from different media sources is that the UGC is going to take three tests for three sections (science, arts and commerce) and the successful candidates will be selected from the list of qualified students by the respective university based on the choice of the candidates. The respective university will have full freedom to set their selection criteria. If it is the case, there should not be any problem in taking a decision for the old universities to get clustered with other public universities. But, ensuring fairness would be a difficult task as there will be involvement of many teachers from different public universities in this process. My intention is not to show any disrepute to anybody. But, at the same time, we are also anxious about the leakage of the questionnaire. If the UGC fails to ensure the security of the questionnaire all efforts would end-up producing anything. On the other hand, if they could ensure fairness, the process would be welcomed by all stakeholders as the process would reduce the grief of the students by providing them with an opportunity to sit for the entry test at the nearest public university.

Along with ensuring fairness, the authority should also consider how they would mainstream English Medium Students who are following the British curriculum. As we all know that there is a gulf of difference between the contents of Bangladeshi and British curriculum. In most cases, the students from English Medium do not understand the Bangla terminologies as they are not familiar with these contents. On the other hand, in the existing university wise entry test, they do not get an opportunity to sit for examinations where questions are set from their curriculum. They are required to sit for test using the same questionnaire that is developed following the Bangladeshi curriculum. Even, in most of the university, the authority does not provide English version questionnaire to them. Therefore, they are discriminated at the entry level. Since the government has provided permission to the operation of English medium schools in the country they should consider this issue in order to ensure justice for all. Most importantly, the way the UGC is going to organize the entry test, these students will be discriminated if the questionnaires are developed following the HSC curriculum.

The UGC should also think about the criteria of the formation of the central committee that would remain responsible for organizing the test. It is been stated that the committee would be formed with the senior faculty members of different public universities. If there is no clear guideline, the process will be manipulated by the university administration as they would nominate those who are very close to them without considering whether they have the capacity to discharge such responsibility or not. On the other hand, the process would bring many young faculties from the newly established public universities where there is a dearth of senior faculties. Therefore, a question still remains how they would be integrated into this committee and what would be their role?

There is another trepidation that the process may lead to the development of regionalism in the higher education sector. The students may choose those universities which are very close to their home. It does not mean that this would happen for all the students as there would be many who would aspire to get enrolled at Dhaka University or other old public universities. But if it happens, the university would lose its cosmopolitan nature which is not good for our higher educational institutes that are considered as the places of creation of knowledge.

Finally, I appreciate the initiative of the Ministry of Education and the University Grants Commission of Bangladesh to hold a uniform entry test. I would request the authorities to make a holistic assessment of different aspects related to the entry test. The miseries of the students and guardians must be considered by the responsible authority. But, we should not compromise with the quality in our effort to reduce the miseries of the students. If we do it, that would bring more catastrophe for our higher education sector.

Pranab Kumar Panday, PhD is a Professor of Public Administration and an Additional Director of the Institutional Quality Assurance Cell (IQAC) at the University of Rajsahahi.