BCB to ask Mushy to reconsider 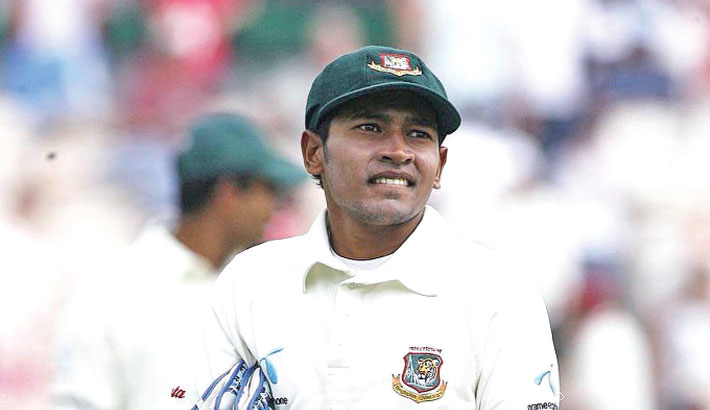 Bangladesh Cricket Board (BCB) is set to ask wicket-keeper batsman Mushfiqur Rahim to reconsider his decision of being part of the remaining matches of Bangladesh’s tour of Pakistan, said a BCB source on Saturday.

Mushfiqur was the only cricketer to pull out from the tour which was split into three parts.

In the last leg of the tour in April, Bangladesh will play one ODI and the final Test of the two-match series in Karachi. With first two legs of the tour, comprising a three-match T20I series and a Test, completed successfully, it is understood that BCB is in opinion that Mushfiqur shall understand that there is nothing to worry about.

“BCB President is expected to meet him after he arrives from Cox’s Bazaar completing his stint in the BCL (Bangladesh Championship League) and there he is expected to talk about the issue (His intention about travelling to Pakistan),” said a BCB source on request of not to be named on Saturday.

Bangladesh are gearing to host Zimbabwe at home in coming weeks and this will be followed by the concluder of Pakistan tour. Bangladesh will host Zimbabwe for a Test, three ODIs and two T20Is starting February 22. Bangladesh will travel to Pakistan in the first week of April. Mushfiqur has been kept as part of the squad for Zimbabwe series but a section of the national team think-tank is not convinced that the team will need an immediate change for matches in Pakistan.

Following the confirmation of Bangladesh tour to Pakistan in January, it was widely reported that Mushfiqur was not convinced about the security situation in Pakistan and thus had decided to not be part of Bangladesh’s first tour to Pakistan since 2008. The wicket-keeper batsman had to face heavy criticism from supporters of both Bangladesh and Pakistan cricket for his decision.