ALL SHOW AND NO GO! 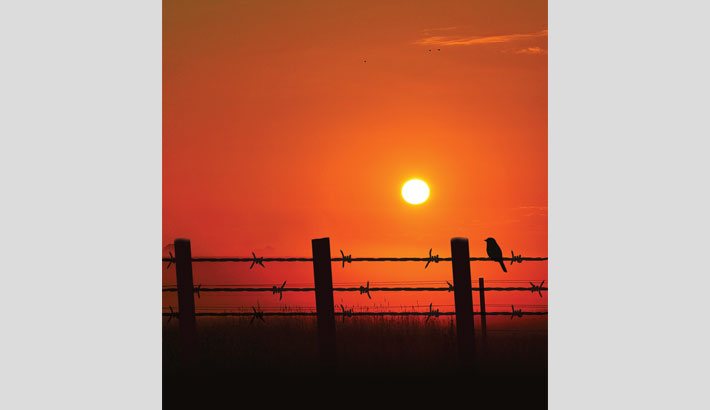 Whenever someone speaks of border killings, the first image that appears in our mind is the lifeless body of Felani Khatun dangled upside down on the barbed wire fence. While this luckless girl was returning home from India illegally through Phulbari’s Anantapur border in Kurigram on January 7, 2011, her dress got tangled on the fence and she screamed out of fear. Watching an unarmed girl crossing the border Indian Border Security Force (BSF) didn’t warn, rather they opened fire on her. And the 15-year-old girl bled to death. Felani’s dead body was brought down after 30 long hours, with her hands and feet tied to a bamboo pole like an animal. When her tragic photos went viral in local and international media, there was a huge uproar. Back then in the face of severe criticism BSF assured Border Guard Bangladesh (BGB) that it would be alert and vigilant so that no such incident is repeated. But in the long run they have proved that they didn’t mean what they said as they continued using lethal weapons at border. A week before the 9th anniversary of Felani murder rights watchdog Ain O Salish Kendra (ASK) revealed a report which confirmed that 43 Bangladeshis were killed at Bangladesh-India border alone in 2019 by BSF! Among the victims 6 were tortured to death, while 37 others were, mercifully, just shot. According to ASK, the number of border killings tripled last year compared to 2018! It is mentionable that a six-day co-ordination conference between BGB and BSF ended in New Delhi on December 30, 2019 where director generals of both the forces reaffirmed to follow a non-lethal weapon policy. But it seems that BSF have taken no time to forget their promise as at least 12 Bangladeshis were reported to have died at the hands of them in the first month of 2020! Why BSF is not remaining true to their commitments and what factors are making Bangladesh-India border a killing field of unarmed Bangladeshi civilians are matters that need to be addressed. 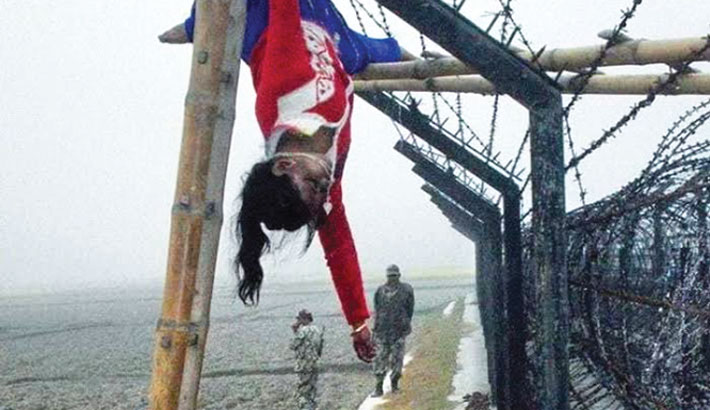 Bangladesh and India share a 4,096 km-long international border, the fifth-longest land border in the world. The way this border was sliced in 1947 created complexity and elevated disputes. In some places, there are houses half of which are situated in Bangladesh and other half in India. Family members, relatives, friends and acquaintances of the people of the border region live in both sides of the border. As a result, a substantial number of people have to move between both the countries without passports. Many farmers, agricultural day labourers and fishermen need to work in the farmlands and rivers adjacent to border. Besides, losing their farmlands and livelihood to riverbank erosion, some residents of border areas become dependent on various cross-border activities including smuggling of cattle and other goods. Their situation should be considered with compassion as the reality of the dwellers of border region is completely different than the people of other areas. India surely has the right to secure their border but that doesn’t mean that BSF will use lethal force except where it is essential to protect life.

Whenever BGB asks BSF about the reasons of using lethal weapons at the border, they reply every time that they become bound to do so as they are often attacked by armed criminals. But their claim is not supported by facts. According to Human Rights Watch (HRW) report ‘Happy Trigger’, many survivors and eyewitnesses have alleged that instead of trying to warn or arrest them BSF men started shooting at them. There are numerous examples where the victims were shot in the back. It suggests that they were running away. If they were armed smugglers or criminals, why would they attempt to flee away? The HRW also adds that in none of the cases it investigated could the BSF show that it had recovered lethal weapons or explosives from the victims that could pose an immediate threat of death or serious injury that might justify killings in self-defense. Thus the international rights organisation stated that BSF has taken a shoot-to-kill policy that violates all national and international standards on the right to life and presumption of innocence. 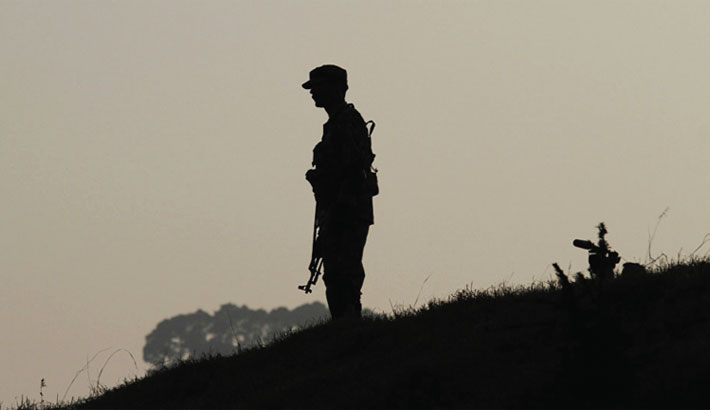 India’s domestic laws, which allow procedure against a person who attempts to use force to resist arrest, specifically forbid causing the death if he/she is not accused of an offense punishable by death or life imprisonment. And when it comes to global jurisprudence, no internationally accepted border protocols allow a shoot-to-kill policy that BSF has been practicing for years. Border protocols everywhere in the world instruct that any person, who illegally crosses an international border, would be considered as a trespasser and would be handed over to civilian authorities. But BSF has always gone for the use of lethal weapons against all types of lawbreakers. Moreover, sometimes it has tried to justify its policy saying that it only took action against cattle rustlers. If it is the case, then definitely there are several groups of cattle smugglers active inside the Indian border who carry cattle to the border for handing over to the Bangladeshi smugglers. But one wonders why Bangladeshi ‘smugglers’ are only being killed by BSF. 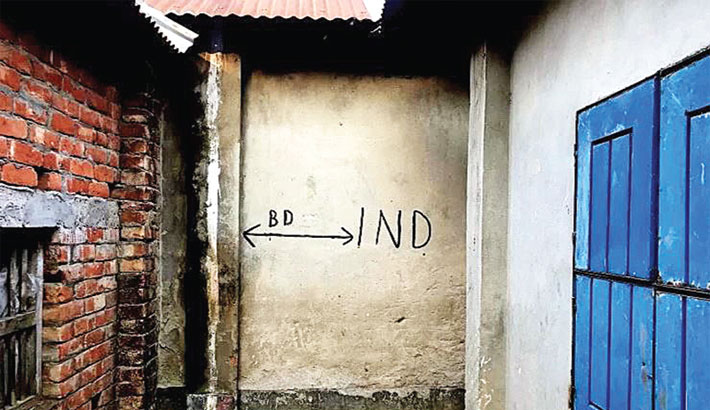 Despite giving repeated assurances why does BSF continue using lethal weapons at the border? It is because they never need to be accountable for their heinous killings of Bangladeshi unarmed civilians. Neither BSF finds any flaw in any activities of their members nor do they punish any of the perpetrators in spite of having evidence that makes it clear the killings, in many instances, were committed in cold blood against unarmed trespassers. For instance, in case of Felani murder, the prime accused BSF’s 181 Battalion Constable Amiya Ghosh and his superior officers were found not guilty by the BSF’s internal court! After reviewing the verdict, the same court upheld the decision! They even didn’t follow a directive of the National Human Rights Commission of India to pay compensation to Felani’s family. Yet, respective Indian governments remained silent regarding the matter. 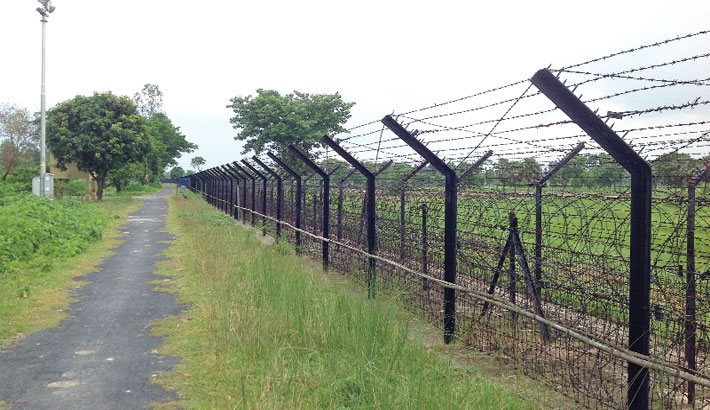 Dhaka has expressed concerns over the inhuman killings of unarmed Bangladeshi nationals by BSF at the border on many occasions, but New Delhi paid little attention to it. Responding to Bangladesh’s frequent call to stop using lethal weapons at border India repeatedly reassured about their commitment to reduce the number of border killing to zero, but till date what steps have they taken to keep their words? How have they tried to ensure accountability of BSF men? In reality, India doesn’t provide details of such cases to the Bangladesh government. Usually BSF personnel are exempt from criminal prosecution unless specific approval is granted by the Indian government. If there was any internal prosecution of BSF members for killing unarmed Bangladeshi civilians at all, India could have revealed it to make their stance clear. It means BSF personnel never need to answer for their cruel shooting practice. This absence of accountability issues a free license to them to continue killings at border. Can killing at this frequency, with such impunity, happen without the consent of the top men in New Delhi?

India is our closest neighbour and a proven friend. It is the world’s largest democracy. The country should show its true political will to prevent unnecessary loss of lives. It has to pressurise its border security force to respect the UN Basic Principles on the Use of Force and Firearms by Law Enforcement Officials. If even then they don’t obey international border protocols and laws, India must bring them to book. They should make them understand that if any professional force uses lethal weapons breaching the principles of fundamental human rights, then there remains no difference between them and the terrorists.