Becoming a parent is one of the most beautiful experiences in a person’s life. But, this is an important question that all men and women need to ask themselves before bringing a child into this world --- “Why do I want to be a parent?” That’s because your motivation for having children significantly influences the way you do the parenting. There are people who have kids because they truly want to have the blessing and welcome new individual in their family. This is the best reason to have children. 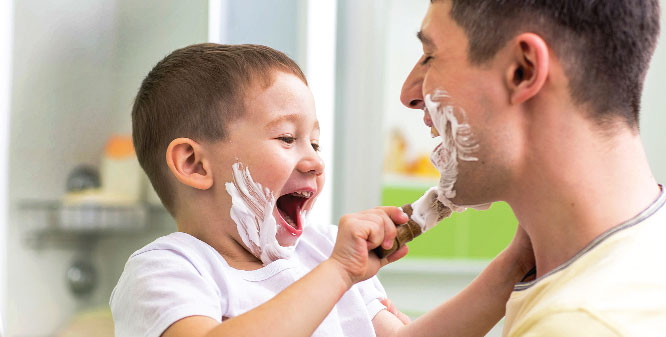 Unfortunately, some people want kids due to the expectations and pressure from friends, family and society. Later, these parents may develop the realization that they didn’t want the children. Therefore, they often say to the child, “I never wanted you. I had to sacrifice my career because of you.” Even through the parents’ non-verbal cues like touch, which may be rough, a child can sense that s/he is not accepted and lovable. When a child hears such words or senses lack of warmth from parents, s/he may feel very negative about her/himself. S/he may think, “I am not good enough and I have no reason to live my life.” During my counseling setting when I find someone with self-harm history, I try to know about his/her childhood. In these cases I often find that either the child was unwanted or an unexpected one (by one or both parents).

Again some people want kids as a way of finding fulfillment. By doing so, they put a lot of pressure on their children to bring them

personal happiness and satisfaction. During counseling sessions, clients often express that their parents wanted them to be in a particular profession just because their parents failed to do so in their life. Thus children have to choose a profession according their parents’ wishes by sacrificing their own dream. On the other hand, some folks have kids to save a relationship, and this is totally a wrong thought.

What is your parenting mindset?

When you look at yourself and your future child together, what do you see? What does your relationship look like? Do you see a dominant figure overseeing a submissive child? Do you see yourself saying to your child --- you have to listen what I say? Or, do you see two equal individuals who share a bond and spend quality time together? Do you see your child as an independent individual who must think and act for her/himself? When you look deep inside, you’ll realize that when it comes to children, you can feel a myriad of emotions. How are you feeling now? Are you feeling threatened or curious? Try to listen to your inner self. The best parents possess a good sense of self-awareness.

Knowing the core reason behind bringing a child into this world is very important as parenting begins from the moment of conception. A child’s experience of first 5-7 years can have a significant influence on her/his later life as well. Neonatologist Dr. Frederick Wirth, in his book Prenatal Parenting said that a pregnant mother needs to take care of her emotional well being, because the mother’s emotions become the unborn baby’s emotion too. A mother’s stress can negatively affect the baby’s growth and development inside the womb. Thus he has recommended the pregnant mother to take three ‘fetal love breaks’ --- take mini dates with your unborn baby, listen to relaxing music and meditate every day. Even both parents can speak to the baby. This is how parents can send unconditional love to their unborn children. 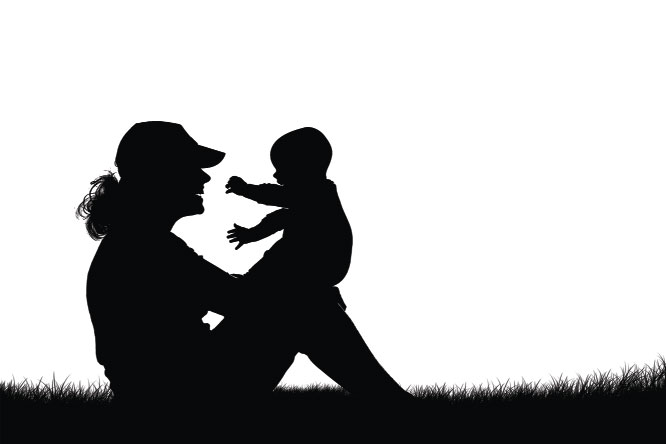 Moreover, children’s early experiences --- the bonds they form with their parents and their first learning experiences --- deeply affect their future physical, cognitive, emotional, spiritual and social development. British psychologist John Bowlby, the first attachment theorist, describes this attachment as a ‘lasting psychological connectedness between human beings’. Bowlby believes that the earliest bonds formed by children with their caregivers have a tremendous impact that continues throughout life. Bowlby also demonstrates that nurturance and responsiveness to a child are the primary determinants of attachment. The central theme of attachment theory is that, primary caregivers who are available and responsive to an infant's needs allow the child to develop a sense of security. The infant knows that the caregiver is dependable, which creates a secure base for the child to explore the world. Hug, touch and unconditional acceptance play vital roles to help a child develop such a secure attachment with the primary caregiver. If a child has a secure attachment during childhood with primary caregivers, then s/he may feel more comfortable and secure in the adult relationships as we all carry that attachment throughout our life. If the primary attachment style is insecure, then the child may feel insecure during her/his adult life about almost every significant relationship.

Transactional Analysis Theory, put forward by Eric Berne, stresses that decisions about ourselves, the world and significant relationships are crystallized during the first 5 years of our life. These decisions are taken based on the encouraging or disparaging pattern of recognitions that we receive from our parents and others. For example, if a child is constantly told that s/he is not important, then this message becomes her/his core belief about her/himself. And this belief largely determines a person’s pattern of thinking, feeling and behavior. As a result, the child may carry this belief through her/his adulthood and develop a low self-esteem. Our early existential decisions are reinforced by messages (both verbal and non-verbal) we receive during our lifetime. If a person, for instance, carries the negative core belief that ‘I am worthless’ from very beginning of his/her life and makes any mistake in the later part of his/her life, he/she says to himself that “see you cannot make it”. Berne has stated that dysfunctional behavior is the result of self-limiting decisions (made in childhood in the interest of survival) which culminates in an unhealthy life script.

Therefore, if we want to help a child grow a healthy personality, we need to avoid blaming, insulting and comparing them to others. Instead, praise your child for who s/he is, not for what s/he does. Respect them. Tell your children that how much precious they are for you. Accept the child with his/her positive qualities as well as limitations. Be responsive to your child’s emotional needs. Look into her/his non-verbal cues and try to understand your child’s emotion. Actively listen to your child without passing any judgment. Discuss choices that the child makes and ask for the reason behind these choices. These all will help a child grow emotionally and be a responsible and significant member of the family and society in a larger sense. In the end, we should always remember the words said by Virginia Satir, “Every word, facial expression, gesture, or action on the part of a parent gives the child some message about self-worth”

(The writer is a professional Psychosocial Counselor and Lecturer, Counseling Unit, BRAC University.)