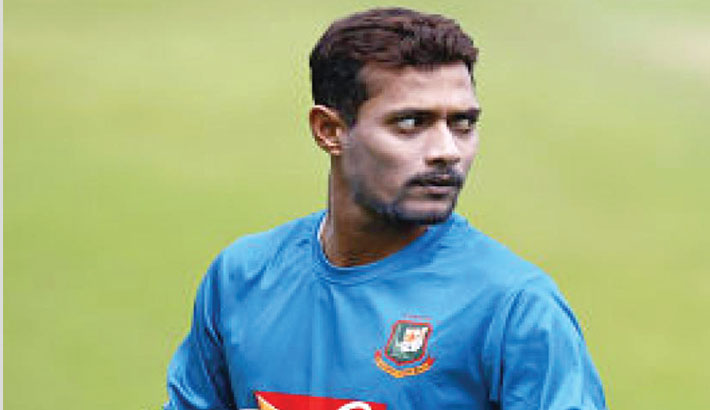 Bangladesh will be looking forward to coming up with a better performance when they take on Pakistan in the third and final T20I of the series as they are looking to restore some pride by avoiding a humiliating whitewash at Gaddafi Stadium in Lahore today.

Pakistan already clinched the series with one game to spare following their five-wicket and nine-wicket win against Bangladesh in the first and second match respectively.

Bangladesh’s meek surrender was particularly disappointing given the fact that they had come here after playing so many T20 matches in Bangabandhu Bangladesh Premier League (BBPL) and also all of the batsmen and bowlers were in superb form.

“We had the ability to play better than what we did but at the same time our team was also quite new in the sense that apart from Mahmudullah Riyad and Tamim Iqbal others are fresh faces,” pacer Shafiul Islam told reporters at Lahore on Sunday ahead of the series concluding last game of the series.

“We came fresh off BBPL and maybe we had the chance to perform well. Probably we were 5 to 10 runs short in the first match while in the second game Babar Azam and Mohammad Hafeez played well so the result went in their favour,” told Shafiul.

But their performance in the both matches proved they are yet to decode the nitty-gritty of T20 cricket.

In both the matches, Bangladesh got to play on pitches which are very much like the pitches which they are used to. But again and again, Tigers’ shortcomings were brought to the fore as they couldn’t utilise the first and last power-play well while batting.

In the first match, they made just 35 runs in first six overs without losing any wicket while in the second match, which was a fine track for batting, they could make just 33 runs losing 2 wickets.

“It is difficult to say why it’s not going in our favour because everyone is trying to perform well but maybe it was their (Pakistan) day. We also made some mistakes,” told Shafiul.

“These silly mistakes make you pay dearly in T20 games. That’s why the result did not come in our favour,” he said.

Leaving these factors behind them, Bangladesh still hoped for the best as they want to end the first phase of Pakistan tour on a winning note.

Bangladesh and Pakistan so far played 12 games in this format, of which Pakistan won 10. Tigers won just two and the final T20 gives them an opportunity to rectify the stat.

“When we come to play a series, we always come with the mindset of winning. We came here with the same goal though it did not materialise,” he said.

“We have one match left and we want to finish it well,” he concluded.