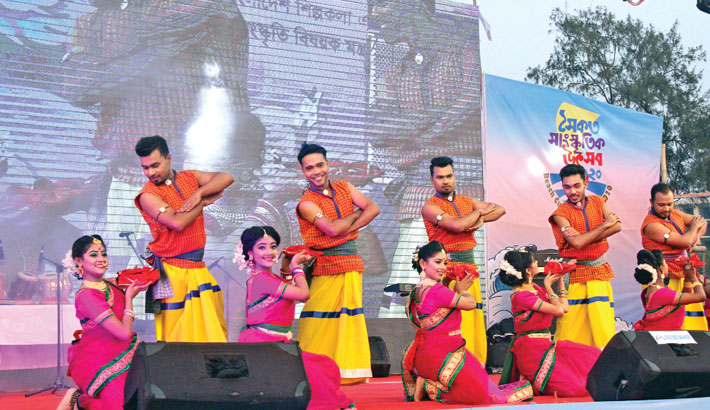 Fabulous performances by Bangladesh Shilpakala Academy (BSA) and local artistes enthralled the audience on the concluding day of ‘Beach Cultural Festival 2020’ at Laboni point of the beach in Cox’s Bazar on Saturday.

The last day’s programme started through the acrobatic show of BSA Acrobatic Team. They    showcased different types of acerbating shows like- Pipe Dance, Rolar Balance, the Arrow Balance, Rope Round, Group Bicycle and others. 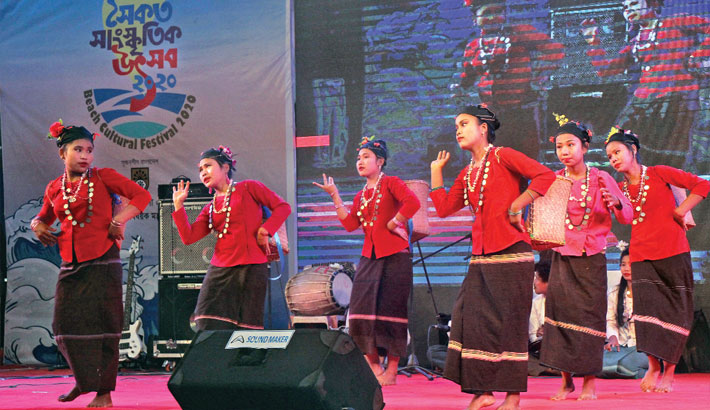 Among the performers cultural troupes of three hill districts caught the viewer’s attention by their different types of dance performances.

Besides, there was a solo performance section where singers of Chattogram, Cox’s Bazar and Bandarban participated.