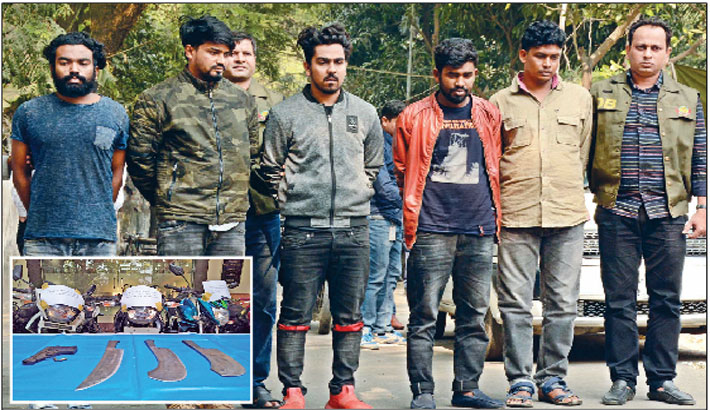 Plainclothes police produce five alleged motorcycle lifters before journalists after arresting them from the capital’s Khilgaon and Narayanganj on Friday night. Inset, stolen vehicles, firearm, bullets and sharp weapons are seized from their possession. —SUN photo

He said, "They would lift motorcycles and then resell them to customers after drawing up fake documents for the vehicle." Of the arrestees, Manik, is wanted in 19 different cases with various police

The arrested will be produced before a court with a remand prayer, he added.

UNB adds: The deputy commissioner Media of the DMP said the arrestees revealed that they used to commit robbery in different business establishments using the firearms.