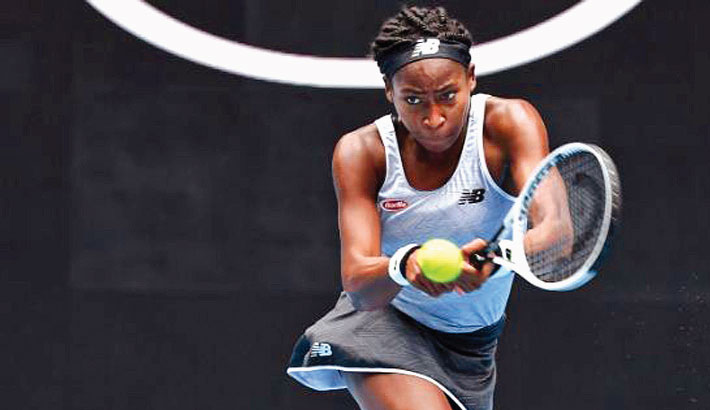 American veteran Serena Williams sensationally crashed out but 15-year-old Coco Gauff went through as tennis got a glimpse of its past and future at the Australian Open on Friday.

Williams’ bid for a record-equalling 24th Grand Slam was halted by the unlikely figure of China’s Wang Qiang, who triumphed in three tough sets — after winning just one game when they played at the US Open in September.

Gauff then stepped up her giant-killing Melbourne debut as she ousted Japanese defending champion Naomi Osaka, 22, in dismissive style, winning 6-3, 6-4 in just 67 minutes to reach round four. “Oh my gosh. Two years ago I lost first round in the juniors and now I’m here — this is crazy,” said the teenager, who upset Venus Williams in the first round.

Williams, who has now had eight winless Grand Slams since returning from childbirth, said she hadn’t given up hope of matching Margaret Court’s 47-year-old record for Grand Slam titles. “I definitely do believe (I can equal it) or I wouldn’t be on tour,” said Williams, a seven-time winner at Melbourne Park.

Williams’ exit removes a major hurdle for Australia’s world number one Ashleigh Barty, 23, who had been on course to meet her in the semi-finals.