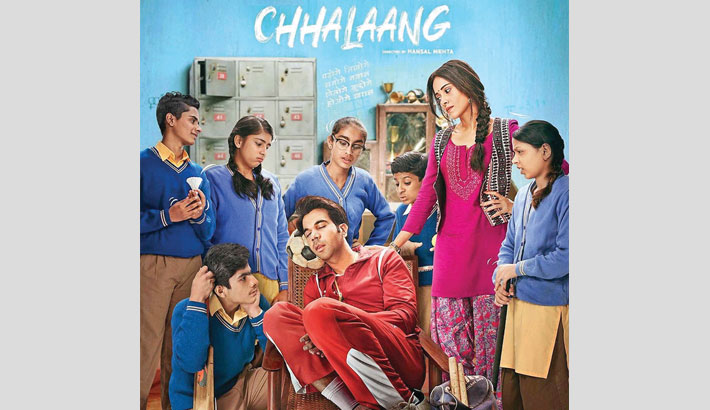 The first poster of Rajkummar Rao and Nushrat Bharucha’s upcoming film Chhalaang has been released. The actor can be seen taking a nap on a sofa in the poster as Nushrat looks at him angrily. Chhalaang is directed by Hansal Mehta, reports India Today.

Chhalaang is a social comedy set in a small town in Uttar Pradesh. The film also stars Mohammed Zeeshan Ayyub in a crucial role.

This is the first time Rajkummar Rao will be seen with Nushrat Bharucha. While Chhalaang is the actor's and Hansal Mehta's fifth film together. Earlier, they worked in films like Shahid (2012), CityLights (2014), Aligarh (2015) and Omerta (2017).

Rajkummar Rao, speaking at the India Today Conclave East 2019, named his three favourite films. Calling LSD, Stree and Shahid as his favourite films, the actor stated, "LSD was my first film, so it will forever be special. That's when my dream came true when I got a call from Dibakar Banerjee. It was a path-breaking film. It was the first digital film. I had a lot of fun shooting with Dibakar."