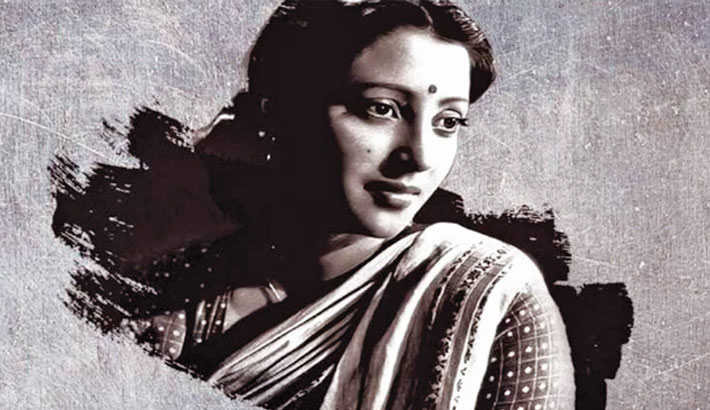 Suchitra Sen, one of the most acclaimed actresses of Bengali cinema, was remembered on her 7th death anniversary on Friday.

To mark the day in a befitting manner, different socio-cultural organisations held elaborate programmes in Bangladesh and India.

Various programmes had been organised by district’s administration, in collaboration with Suchitra Sen Smrity Shangrakhhan Parishad, in her ancestral house in Pabna to commemorate the actress.

Born as Roma Dasgupta, on April 6, 1931, in Pabna district in Bangladesh, the enigmatic beauty did her schooling at a local high school but because of the Partition in 1947 the Dasgupta family had to migrate to West Bengal. That same year, Suchitra stepped into an early marriage with Dibanath Sen, son of then famous industrialist Adinath Sen.

After her marriage, she debuts her first film as a heroine on the silver screen in ‘Sesh Kothaay’ in 1952 and this time her name was changed to Suchitra Sen. But unfortunately her first film did not get released.

Suchitra Sen gets popularity paired with Mohanayek Uttam Kumar in ‘Sharey Chuattor’ in the following year. It was a box-office hit and is remembered for launching Uttam-Suchitra as a leading pair. They went on to become the icons for Bengali dramas for more than 20 years, becoming almost a genre unto themselves.

Suchitra Sen first appeared in the Hindi films by ‘Devdas’ paired with Bollywood Superstar Dilip Kumar in 1955. The film was a box-office hit also got popularity in the whole of India.

Sen was the first Indian actress to receive an award at an international film festival when, at the 1963 Moscow International Film Festival, she won the Silver Prize for Best Actress for ‘Saat Pake Bandha’.

Suchitra Sen last appeared in the film ‘Pronoy Pasha’ and retired from the screen in 1978 after a career of over 25 years to a life of quiet seclusion.

The actress breathed her last on January 17 in 2013 in Kolkata.