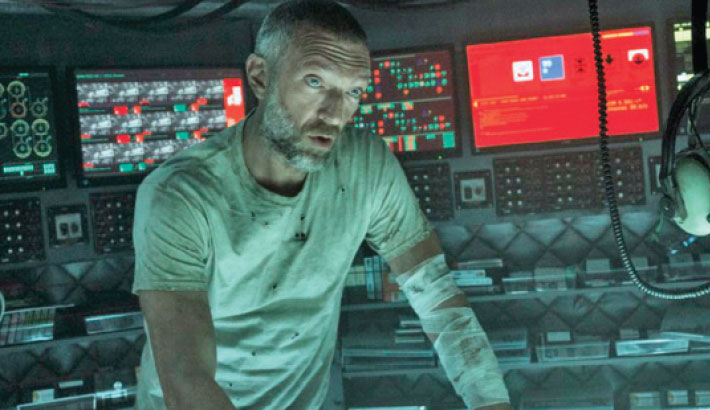 Kristen Stewart and Vincent Cassel play survivors of an endangered deep-sea drilling crew in William Eubank’s monster movie. In ‘Underwater’ Stewart plays Norah, a mechanical engineer working more than six miles beneath the ocean's surface on the deepest drilling operation in history. Alone at the film's beginning, she speaks to us in a surprisingly pensive voiceover, making elliptical references to a former boyfriend and declarations - "there's a comfort to cynicism; there's a lot less to lose" - that don't sync up with anything to come in the film. No matter: Norah is about to be jolted from her reverie by a breach in her station's hull. After a panicked race to find a structurally sound airlock, she realizes hundreds of her crewmates have been killed by the explosive flood.

As she and the one other survivor from this part of the station (Mamoudou Athie’s Rodrigo) crawl through rubble searching for others, the film mercilessly amplifies the setting's inherently claustrophobia-triggering qualities. Gathering soon with their captain (Vincent Cassel) and three other survivors (T.J. Miller, Jessica Henwick and John Gallagher Jr.), they realize their only option is to get in spacesuit-like deep sea gear, descend further to the ocean floor, and walk out to the main drilling station. As they figure things out, they get their first looks at what's responsible for weird noises they're hearing outside - an unknown species originating from sub-oceanic thermal vents, perhaps, forced out by a drilling-triggered seismic event.

As they prepare to make the trip, Norah instructs Emily (Henwick), the only other woman in the group, to take off her pants, as they won't fit in the undersea suit. Presumably, the line was slipped into the script to justify the fact that, later in the film, Stewart will spend multiple scenes running around in just her underwear. But it might draw attention to this contrivance instead: Those exoskeleton-like suits clearly aren't tailored to fit individual crew members. How can a suit accommodate his girth, with room left for the stuffed animal he inexplicably carries around, while the much smaller Emily and Norah have to strip down? Grounded in reality or not, a skimpier version of Ellen Ripley's underwear-action-hero look is one Alien reference this movie could've done without. 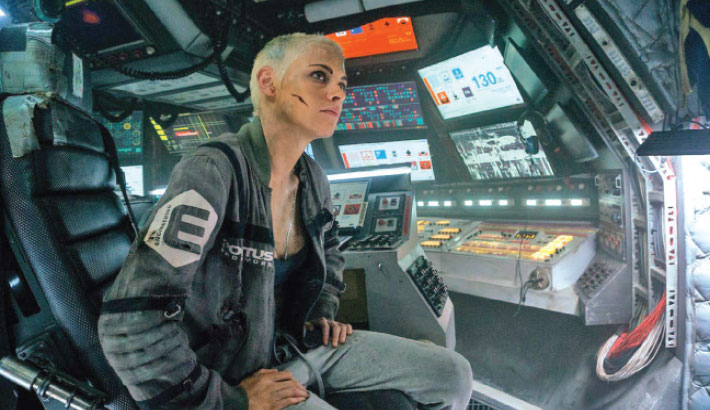 Eubank maximizes the cold-sweat factor once his characters are on the ocean floor - totally exposed to the monsters they're hearing, but unable to see them in the sediment-clouded murk. He puts his camera into Norah's helmet, but films her from the side, emphasizing how trapped she is within; several violent scenes remind us all how horrible it would be if that transparent shell were to crack.

He rations out the pic's monsters with skill - lots and lots of "what's that sound?!" at first, followed by quite effective partial or fleeting glances. But even after we've seen the fluidly-moving things in full and at length, the film nicely balances their menace with that of the depths.

In fact, ‘Underwater’ hints at one point that the ocean is the only thing truly worth fearing here. In a fleeting echo of man-plays-god sci-fi parables of yore, a character describes the monsters as Mother Earth's vengeance on those who would never stop looking for ways to extract her resources: "We took too much and now she's taking back." Whether on Earth or on ore-rich moons far out in the galaxy, it seems the ones chanting "drill, baby drill" the loudest are never around when the mine collapses, the rig explodes or a monster shows up to punish their greed.