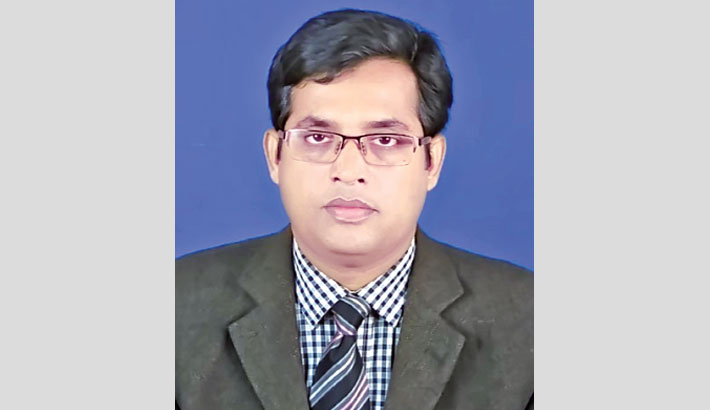 All eyes of the citizens have remained concentrated on the elections to the Dhaka South and North City Corporations. The decision of the main opposition - BNP to participate in the elections has helped the citizens to feel relief from the anxiety related to electoral violence. By taking a positive decision the party has in a way provided legitimacy to the present government because they did not accept the result of the 11th parliamentary election alleging wide-ranging corruption.

Regrettably, the party has taken a positive decision in a negative manner by publicly claiming that they would not win the election with the trepidation of electoral manipulation by the ruling party with the support of the EC. Such a stand of the party may send a negative message to their supporters and ordinary voters as we all know that the momentum could play an important role in the election. If the party surrenders on the very first day of the election, that may cause them very depressingly.

Along with expressing no confidence in the EC, the party has voiced their divergence on the use of EVM in the election. I personally do not support the rigid stance of the EC to use EVM in all polling stations. But, at the same time, the main opposition party should have come up with some strong arguments to convince the EC that the use of EVM may be embezzled so that they could lose the election. Unfortunately, I did not find them to come with strong arguments than to raise their concern about the possibility of exploiting the election result and the lack of preparedness of the voters.

But, the party has failed to convince the EC on how the ruling party would manipulate the electoral voting machine. Even, the party has failed to mobilize public opinion in favour of the adversarial effect of EVM. Rather, the EC has been found very confident about the application of the EVM as they have categorically claimed that there is hardly any possibility to exploit the machines as there will be no internet connection. Moreover, the EC has decided to deploy two army persons in each polling station who would take care of the technical issues. This is for the first time that the army persons are being used within the polling stations in dealing with voting machines.

I am a little bit concerned about the party's decision to nominate very fresh young candidates to run for the office of Mayor in both city corporations. As predicted, the party has chosen Tabith Mohammed Awal for the North City Corporation as the Mayoral candidate while Ishraque Hossain has been chosen for the South City Corporation. Both the candidates have been picked from political families. Although Tabith Awal contested the Dhaka North City Corporation Election in 2015, he has been criticised this time as his name was found in the Paradise Papers. This has placed him in a scratchy situation this time as voices have been raised from different corners to take legal actions against him. Even the Transparency International (TI), Bangladesh has expressed their demand for taking legal action against him. Thus, the party may find them in a shaky situation by providing counter-arguments against these allegations. As compared to TabithAwal, Mr Atiqul Islam possesses a very clean image. Like Tabith, he is also a businessman. Once he contested elections, the residents of Dhaka were considering him as an alternative to Mr Annisul Huq. Unfortunately, he has failed to come out as vibrant as Mr Annisul Huq. But, he is placed in an advantageous position as he remained in office only for over a year. Thus, he would get the sympathy of the voters for this term for sure. Although the dengue catastrophe has placed both the AL Mayors in a wonky situation, Mr Atiqul Islam was not the target of the citizens as he was relatively new in the office. Therefore, dengue upheaval might not affect him negatively.

On the other hand, the BNP has chosen a very fresh candidate in South City Corporation whose father was a freedom fighter and the mayor of united Dhaka City Corporation - Sadeque Hossain Khoka. It might favour him in the upcoming election. But, he is fairly new in politics without any experience. His main challenge would be to gain the confidence of the voters. Even he would find it difficult to win the support of the BNP leaders who were expecting to get the nomination.

On the other hand, the AL has taken a mature decision by giving the nomination to Sheikh Fazle Noor Taposh instead of Sayeed Khokon who was highly criticized for his ineffective administrative capacity to control dengue whose catastrophe has made history in the country. Had Sayeed Khokon managed to get the nomination, it would have been easier for the BNP candidate to fight the election as people's sentiment was against him. Although a good number of AL leaders and supporters might have supported him due to his father's role in organizing Dhaka city, common people were against him.

Conversely, Sheikh Fazle Noor Taposh possesses a very clean image. He is educated and amicable in behaviour. Most importantly, he belongs to Sheikh Family, whose parents were brutally killed with Bangabandhu and most of his family members on the darkest night of the 15th of August, 1975. Besides, he was a parliament member for three consecutive terms. Of course, some people have criticised the decision to nominate Mr Taposh terming it as an extension of family control on politics as his brother who is an educationist was made the President of Bangladesh Jubo League a few weeks earlier. Unfortunately, I beg to differ with such proposition as Mr Taposh has managed to get the nomination by his credentials, not for his family belongingness. He has emerged as a strong candidate as compared to Ishraque Hossain who would find it very difficult to outscore him in any category.

The above discussion leads us to conclude that the negative attitude of the BNP may bring deleterious effect for them in the Dhaka South and North City Corporation elections. Most importantly, the party has not been found very serious to win the election. If they really want to win the elections they should come up with some very realistic commitments to solve burning issues that the citizens of Dhaka are confronting with.  AL has already found them in an expedient situation as they are in power. Thus, the opposition would require mobilizing the people to actively participate in the electoral campaign. As I have already stated earlier that momentum matters in the context of any election. Therefore, if the BNP leadership fails to create a new excitement it is unlikely that their candidates would win the elections. If they only participate in the election to bring allegations against the government their plan would not succeed in the long run. If the BNP leadership want to overcome the grim picture of their political fate they should at least try to convince the voters with some positive hopes and help them to dream for a better Dhaka. Otherwise, the electoral result will be the same for them as like as the last Parliamentary election.

Pranab Kumar Panday, PhD is a

Professor of Public Administration and an Additional Director of the

Institutional Quality Assurance Cell (IQAC) at the University of Rajshahi.