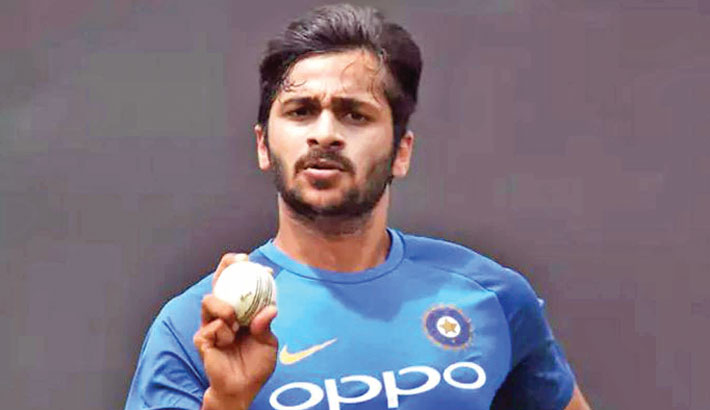 The Indian cricket board on Saturday named paceman Shardul Thakur as replacement for the injured Bhuvneshwar Kumar in the upcoming one-day international series against the West Indies.

Kumar, 29, was rested after he complained of pain in his groin following the third and final Twenty20 international in Mumbai on Wednesday, the Board of Control for Cricket in India (BCCI) said in a statement.

“He underwent an ultrasound scan conducted by a specialist and the BCCI medical team found that his hernia symptoms have resurfaced,” it said.

A specialist opinion will now be sought and his management plan will be decided accordingly, the statement added.

Kumar has been beset by injuries over the last few seasons. He battled a lower-back injury through most of 2018 and was sidelined during the round-robin stage of the World Cup with a hamstring strain.

Earlier this week, Indian opener Shikhar Dhawan was ruled out of the series after sustaining a deep cut to his left knee.

India, who won the T20 series 2-1, will play the first of the three ODIs on Sunday in Chennai followed by games on December 18 (Visakhapatnam) and December 22 (Cuttack).