Nothing in life is guaranteed: Kevin Hart 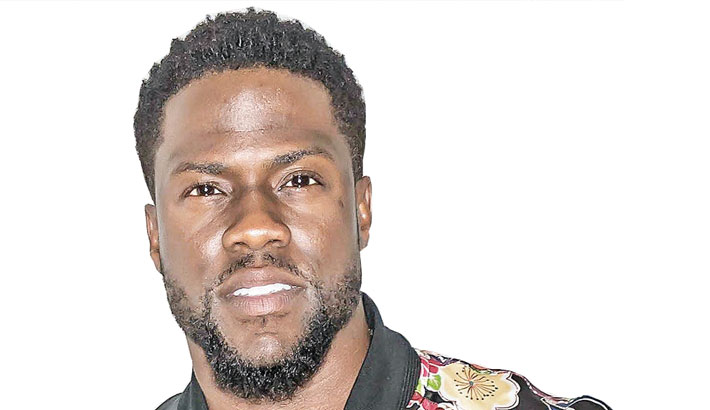 Kevin Hart found a new meaning to life after the horrific car accident earlier this year, which left him hospitalised. The actor-comedian says he has realised that nothing in life is guaranteed, and that makes him stay "more present" for his family and friends. "Life and your perspective change as you grow old," Hart told IANS when asked how did perspective of life changed for him after the near-fatal car crash.

Hart was in the passenger seat when he was involved in a car crash in his 1970 Plymouth Barracuda in Los Angeles on September 1. He fractured his spine in three places and had to undergo major surgery. He was released 10 days after the crash, and is still recovering from the crash.

"As you grow old, you understand and you appreciate...You have a different understanding of what you had before.

It makes you (stay) more present with the ones you love, the ones who mean the most from friends to family…You understand that nothing in life is guaranteed. It doesn't have to be like that... So take every second in," added the 40-year-old while promoting his upcoming film "Jumanji: The Next Level" here. While still on the road to recovery, Hart is looking forward to the release of "Jumanji: The Next Level", and is taking part in the promotional activities for the film.

"This is a big deal. I am glad that I was able to get ready for this," Hart had said when he surprised movie-goers in Mexico while kick-starting the promotional tour for the film. "Jumanji: The Next Level" is a sequel to "Jumanji: Welcome to the Jungle", which brought forward the world of Jumanji with a modern twist with a group of high school students getting lost in the jungle after laying their hands on a video game console featuring a version of the game.

"Jumanji: The Next Level" picks up where the 2017 film left off, but with some glitches and updates.

Talking about his bond with Dwayne, Hart said: "Like anything with time things get better. And in this case, I feel like the relationship definitely has. So it's hard to just put a specific thing on it, but it's progression of a friendship, we just get closer and understand each other more."

His co-star and friend Dwayne has expressed his desire to work on an Indian film. What about you?

"It is all about embracing the culture...This is what the business is truly about. It is about extending your brand and extending relationships...In the future, if the opportunity presents itself and makes sense, so why not?" he said.

Apart from the franchise, Hart is also expanding his partnership with streaming giant Netflix with a new documentary series titled "Don't F**k This Up". The series will follow his life as he tries to do his best as a partner, father, role model and business man. He will also be seen in movies such as "Fatherhood" and "My Own Worst Enemy".