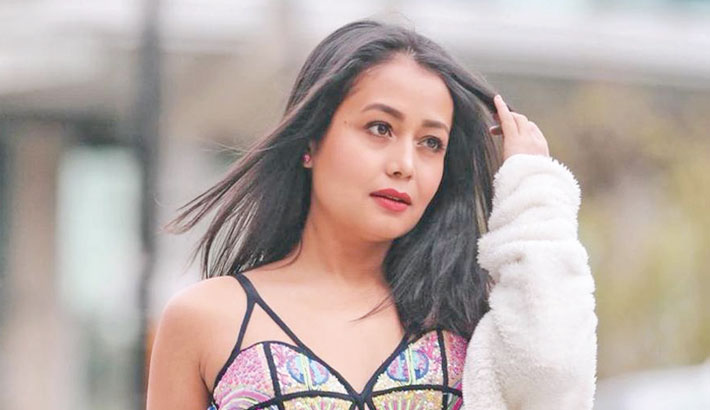 Neha Kakkar have reacted sharply to comedian Gaurav Gera’s latest act where he targeted the singer for her body shape and size. Gaurav Gera was performing his act as a nurse for a short-format originals segment – Dr. Pran Lele - aired in between movie telecast on Sony Max, reports Hindustan Times.

In the said video, a short girl, dressed glamorously, named ‘Neha Shakkar’ is made fun of for her size. The girl is called ‘chota sa bluetooth speaker’. Neha’s song Do Peg Maar is also mentioned. She is also asked, “How do you go in front of the mic with such a face? Doesn’t the mic turn away?”

Kiku Sharda plays the doctor in the act while Gaurav is a female nurse.

Reacting to the video, Neha posted notes on her Instagram stories. “Shame on these people to create such a negative and insulting content! My people know how much I appreciate comedy on me and otherwise but this one is Ridiculous!

Stop using my name, stop enjoying, dancing and acting on my songs if you hate me so much. Thankless people. You enjoy my songs so much, you have such good times, you’ve partied so hard on my songs, you’ve made you GF BF hear my love songs, Yet, you wrote such bad things about me? Aren’t you ashamed?

We should be thankful to the people, it is rare to find people who make us happy,” she wrote.