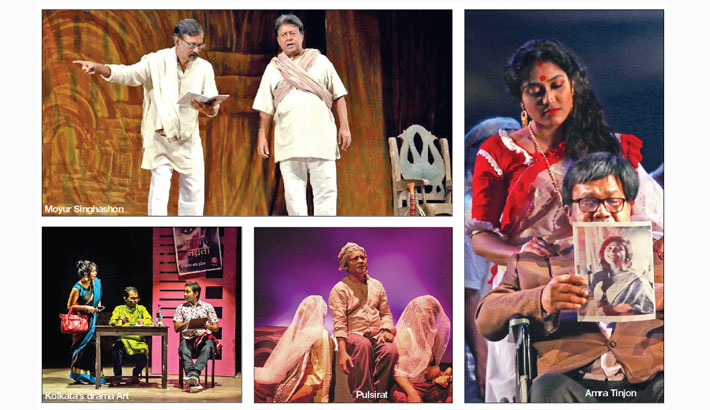 The festival will continue till December 14.

Like the previous years, four plays from India (3 from Kolkata and 1 from Delhi) and five plays from Bangladesh will be staged at the 9-day theatre festival.

Four Indian plays are— ‘Art’ by Kolkata Praksis, ‘Aabritto’ by Nandipat of Kolkata,  ‘Jaanto Hamlet’ by Roshikota of Kolkata and ‘Bismillah’ by Green Room Theatre, Delhi.

Prangonemor Theatre was established in 2003 with a target to practice and spread of Nobel Laureate Rabindranath Tagore’s drama by untiring regularity. The presentation of Tagore’s drama is standard and artistically presented in Bangladesh and India from the taking birth of it. Prangonemor is the only drama group in the world who announced to practice and spread of Rabindranath’s drama.