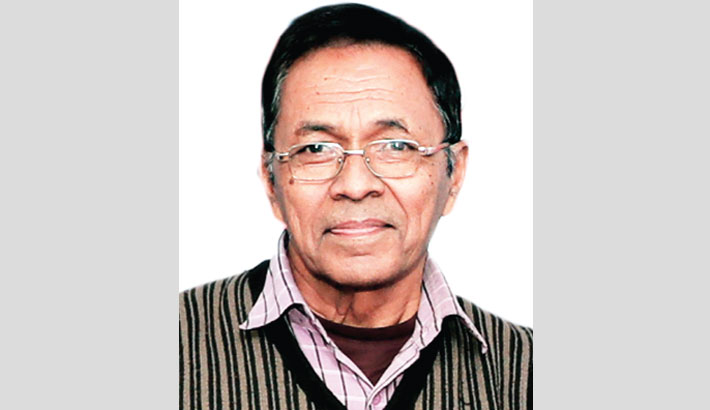 Joy of city kids residing in Uttara and its surrounding neighbourhoods knew no bound when they came to know that a local street has been earmarked for them where they will be able to play for three hours every Friday.

Dhaka North City Corporation (DNCC) mayor Md Atiqul Islam formally declared Sonargaon Janapath a Play Street for kids at a ceremony held last month. As per the announcement, the street will remain free of all kinds of vehicles from 8:00am to 11:00am every weekend. The organisers will provide sports equipment to the children.

The initiative of DNCC, in collaboration with Surf Excel Bangladesh, also aims to reduce carbon emission by daily commute of private cars and public transportation. The initiative is second of its kind after the one launched at Manik Mia Avenue in 2017.

Ruling party lawmaker Advocate Sahara Khatun too joined the mayor in its inaugural ceremony. Following the inauguration, the kids played joyfully during the entire period. They played various games like cricket, badminton, basketball and football. Some of them were seen drawing pictures sitting on the street, while others played indoor games like carom with street children. Joy of the kids multiplied when the child-friendly mayor joined them in playing games. It was actually a day for kids to celebrate the right to play. It was indeed a different experience for the city kids!

Modern advances have certainly made our lives easier, but they have also led many of us to adopt a more sedentary lifestyle. Moving less and sitting more has been linked to a number of health conditions, and is believed to be a major cause of the obesity epidemic.

In Dhaka city, the majority of children spend a long time everyday watching TV, and laptop while mobile phone use in children is increasing substantially. Besides screen activities, children spend sedentary time sitting in classrooms and doing home work.

Accessibility to screen-based activities, such as television, video games and computers/Internet, has largely increased, leading to higher levels of sedentary time in children. On the other hand, children’s active outdoor play can significantly contribute to their physical activities, but compared to previous generations, children play less outside nowadays. Safety concerns such as road safety and other social problems may cause parents to restrict their children to play outdoors. Therefore, interventions promoting children’s active outdoor play, by providing safe place to play outside during leisure time are important and can be effective in increasing their overall physical activity and decreasing their sedentary time.

Physical activity is associated with numerous health benefits in children whereas more sedentary time is related to negative health outcomes in children. Sedentary lifestyle in children is considered to be a public health problem.

As to why, children are encouraged to engage themselves at least 60 minutes  daily in physical activity helps limit their sedentary time.

To help children develop habits that will last a lifetime, an active, healthy lifestyle must start early in life. Physical activity has benefits at every age, and helps kids keep their heart and lungs strong and healthy, become more flexible, develop strong bones, keep a healthy body weight, lower the risk of several diseases and health problems, improve their mood and self-esteem, and do better in school.

To be sustainable, a city must sustain its children. It must provide a physical environment that ensures children's health, develops their faculties, and fosters their love for community, and for nature. Healthy children maintain their involvement in community, and love for nature into adulthood, and transmit these values to their children. A healthy community for children is a healthy community for all. If children are the measure of sustainable planning, then we can achieve truly sustainable cities.

The DNCC mayor’s timely intervention is an effective intervention for changing the sedentary lifestyle of city kids. As it is free of cost, it will therefore benefit to children belonging to both low and middle income families.

The Play Street will also be an alternative for physical activity in gardens, parks or playgrounds as safety concerns such as road safety, stranger danger cause parents to restrict their children to play outdoors.

Another advantage is the presence of ‘passive supervision’ from parents in the street. Local parents can keep an eye on children playing in the street, which may lead to feelings of safety in children and their parents. So, a Play Street is a valuable alternative for children without a garden. It can be an alternative for parks that are usually away from children’s home. Moreover, children will be able to make a lot of friends in the Play Street. Playing games require social interaction, which may lead to more friends in their neighbourhood.

Many countries have implemented similar initiatives on their important streets. As for instance, Play Streets are being organised in different Belgian cities and villages during school vacations since 1998. These are generally organised in collaboration with the residents of the Play Street and the city council. The streets offer children a safe play space to be active in their own neighborhood. By organising Play Streets, the neighbourhood environment that is creating a car-free play place and the social environment that increased social interaction between children playing in the street are targeted.

Finally, a memorable quotation of one of the greatest and most inspiring leaders of the world, Nelson Mandela, is worth remembering:

“The children must, at last, play in the open veldt, no longer tortured by the pangs of hunger or ravaged by the disease or threatened with the scourge of ignorance, molestation and abuse, and no longer required to engage in deeds whose gravity exceeds the demands of their tender years.”