Golden Rice to Usher in a Golden Era 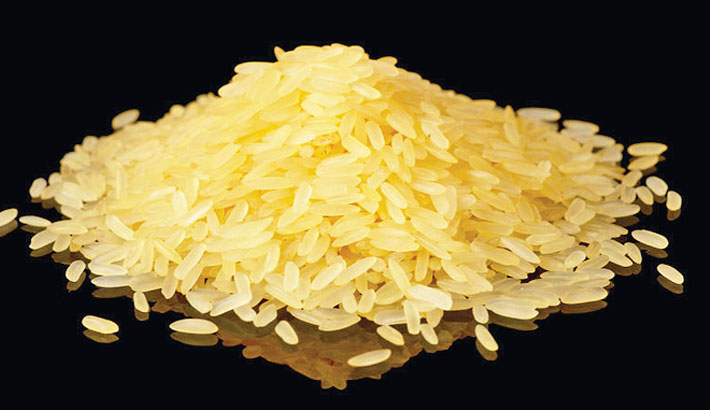 I would like to thank the writer Robin McKie for his excellent report on The Guardian titled “Block on GM rice ‘has cost millions of lives and led to child blindness’” published on October 26, 2019. The article made me ponder about some of the similar issues that Bangladesh faces currently in the nation, which I would like to share. Bangladesh should release golden rice publicly and embrace precision breeding technology to ensure food and nutritional security in the country. As a researcher and citizen of Bangladesh, I humbly ask Greenpeace and Eco groups to understand the situation of Bangladesh and stop their campaign against the use of science in order to feed the increasing population of the country. Please let me share my opinion on why I support the rapid release (although late) of golden rice in Bangladesh.

Immediately after the liberation of Bangladesh through a nine-month long bloody war against West Pakistan, the father of the Nation, Bangabandhu Sheikh Mujibur Rahman expressed his vision to develop the war-devastated country as a ‘Golden Bangla’ by ensuring food and nutritional security of 75 million people. Famine and ‘monga’ (a periodic crisis of food) was common and was the cause of death of thousands of people every year. Due to his visionary leadership in investing in agricultural research, over the last four decades, Bangladesh has become nearly self-sufficient in major cereal crops such as rice by increasing production 3-4 folds’ through mass adoption of the HYV and hybrid technology. The national agriculture policy 2018 focuses to use precision agriculture like biotechnology and genetic engineering to ensure both food and nutritional security of more than 160 million of population living in a small area of land approx. 147,000 sqkm.  To combat notorious insects that are harmful towards crops such as the Brinjal shoot and fruit borer, the country introduced the first GM crop, bt-brinjal in 2014 which remarkably increased thousands of farmers’ income and reduced the usage of insecticide. In human history, Paul Berg was the pioneer in developing recombinant technology and got Nobel Prize in Medicine in 1980 which opened a new era of GM technology. Using his revolutionary principle, human insulin has been produced by bacteria and yeast that saved billions of lives of diabetic patient worldwide. Nobody yet asked about the safety of the GM insulin! There is so much untapped potential in the usage of GM crops.

The widespread vitamin A deficiency is a serious threat especially to poor and malnourished children, resulting in blindness and even death worldwide. It is estimated that since 2005 millions of children have died or suffered from vitamin A deficiency in Bangladesh and other countries. It appears that global population mortality due to only vitamin A deficiency is 1.9-2.7 million which is higher than the death caused by HIV or tuberculosis. To combat this terrible situation, Ingo Potrykus and Peter Beyer in the mid-1990s proved a revolutionary concept of introducing vitamin A biosynthetic genes in major staple food crop rice through Agrobacterium-mediated genetic modification and named the new rice as golden rice. Recently, Tatiana and Leon in Plant Molecular Biology journal reported a widespread occurrence of natural genetic transformation of plants by soil bacterium, Agrobacterium in hundreds of plants. The proof of concept of Ingo and Beyer was remarkably improved by the series of works to enrich the content of vitamin A up to 25-30 microgram per gram of rice. Unlike other GM crops, several publicly funded organisation such as IRRI, the Gates Foundation, USAID, Rockfeller Foundation etc. invested in last 14-15 years to make the technology useful for transformation of any local cultivars of rice and complete the standard biosafety guidelines in Bangladesh and Philippines to ensure the safety of golden rice for humans, environment and other organisms in the ecosystem. As naturally derived three carotenoid biosynthetic genes from maize and soil bacteria, respectively were used, all biosafety tests including multi-location confined field trials in both countries gave a similar result to its untransformed wild cultivar. Yield, nutritional contents and other biochemical parameters were similar to the untransformed rice. Therefore, golden rice with enriched vitamin A was found safe for human consumption and has potential to solve the problem of child blindness and death in Bangladesh and other countries. To get approval from the National Biosafety Committee under the Ministry of Environment, Bangladesh Rice Research Institute (BRRI) has submitted an application in 2017 to develop golden rice from a mega-variety of BRRIdhan29 using latest version of golden rice development technique.  With several phases queries and answers, it is expected that the BRRI proposed golden rice will be approved in Bangladesh within a short period of time. Golden rice is not a new GM crop to be introduced in the practical field. There are many successful examples of long-time safe consumption of GM food crops. A good example is 77% of the papaya grown in Hawaii is GM and being eaten safely in the USA.

It is surprising that NGOs such as “Greenpeace” and “Friends of the Earth” not being content with blocking precision agriculture in Europe are spreading their propaganda to developing countries where food and nutritional security is a big concern. Policy-makers in the developing countries should trust in science where facts are absolute instead of propaganda. Genetic modification is referred to as a method. We should ask ourselves what is important, the product or the method. GM crops are just the outcome of utilising an improved method than relying on conventional breeding. There is nothing to be worried about the safety of using GM methods once all biosafety guidelines are followed. We have been using crude genetics and plant breeding which randomly shuffle genes during crossing of compatible plants and hence it took very long time to find a line with desired trait. With careful preparation and following guidelines we can save thousands of lives with GM crops.

A recent regional seminar on October 27th this year was on ‘GM crops: policy and practice in South Asia’, organised by the South Asian Institute of Policy and Governance of North South University. The keynote speaker was the Nobel Laureate Sir Richard J. Roberts whostated that 150 Nobel Laureates in the world support GM crop as safe for cultivation and human consumption. The Minister for Agriculture of Bangladesh Dr. Abdur Razzaque, who is an eminent agriculture scientist, reiterated the determination of his government to approve golden rice for cultivation by the farmers to achieve the target of nutritional security. Although there is some controversy on degradation of beta-carotene in cooked and stored rice, I think golden rice will supplement a significant proportion of vitamin A requirements for the children whose main food is rice. It should be a choice of farmers and consumers whether they accept cultivation and eat food developed by the GM techniques, but it is not wise to pretend such foods are dangerous. Considering the additional nutrient (vitamin A enriched), golden rice is safer compared to the traditional rice cultivar.

As a researcher in the field of biotechnology and genetic engineering, I think it is the right time for Bangladesh to introduce precision breeding technology like golden rice or the new products generated through more speed breeding technology like CRISPR-Cas gene editing for making agriculture profitable to the farmers and to have highly nutritious food affordable to the increasing population of Bangladesh. To expedite the process of approval of climate smart crops developed by speed breeding, I have following recommendations for Bangladesh and South Asian countries: (i) Bangladesh and South Asian countries need faster application of biotechnology in agriculture to achieve some SDGs and feed increasing population; (ii) Investment and collaboration between public-private partnership is needed in the nationally priority areas associated with food and nutritional security; (ii) Pursue platforms for information sharing and exchange (open data sharing) for harmonization in biosafety; (iii) Goal oriented and coordinated research should be promoted; (iv) Genome edited trans-gene free organisms should be given a green pass for immediate release in the field.

Delaying the usage of such revolutionary technology throughout the years is only due to regulators who have no specialization in the field would not be wise in this 21st century. This absolutely does not make sense as non-GMO is a western indulgence of the rich; they are able to partake in both choices compared to the poor and malnourished in Asia and Africa. The media should present science as fact instead of spinning GMs as science fiction. It is a fact that for the developed countries food is not at all a problem, however for the malnourished in the developing and least developed countries food is simply a necessity to live. As Nobel Peace Prize winner Norman Borlaug once said, “You can’t build peace on empty stomach”.

The writer is an Elected Fellow of Bangladesh Academy of Sciences and the Fellows of Fulbright (USA), Commonwealth (UK), JSPS (Japan) and Alexander von Humboldt (Germany)