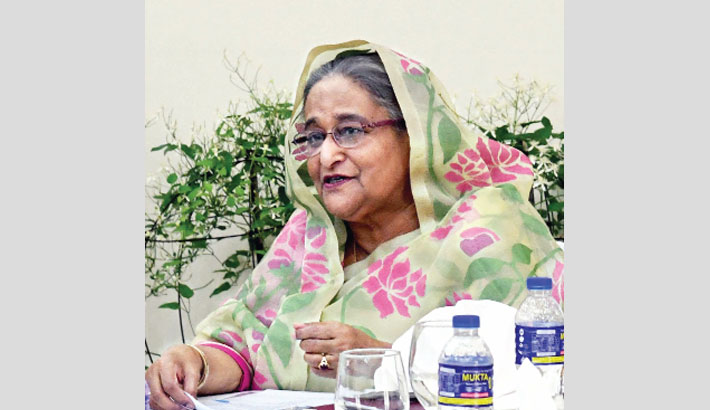 “We’re usually busy with cricket and football but tennis is also a good sport. We’ll provide assistance so that universities, colleges and schools can set up tennis courts to flourish this game as the young generation is showing interest,” she said.

The Prime Minister said this while speaking to the players of the participating countries in Sheikh Russell International Club Cup Tennis Tournament-2019 and diplomats of the respective countries when they called on her at her official residence Ganabhaban.

Khulna district administration in collaboration with Cabinet Division and the Ministry of Youth and Sports arranged the six-day tournament marking the birth anniversary of Sheikh Russell - the youngest son of Father of the Nation Bangabandhu Sheikh Mujibur Rahman.

Sheikh Hasina said the government has given importance to develop infrastructures for games and sports to attract children and young generations.

“We always put emphasis on sports which provide mental strength to our children and youths. The more the young generation will be involved with sports and games, the more their mentality will be broadened and they’ll be physically sound,” she said.

In this regard, she urged the people to come forward in advancing and popularising not only cricket and football but also games like tennis in the country.

The Prime Minister assured them of providing necessary cooperation to promote the tennis saying the government would extend supports to develop infrastructures for tennis. Putting emphasis on involving children in games and sports, she said, extracurricular activities help them maintain sound health and mind..