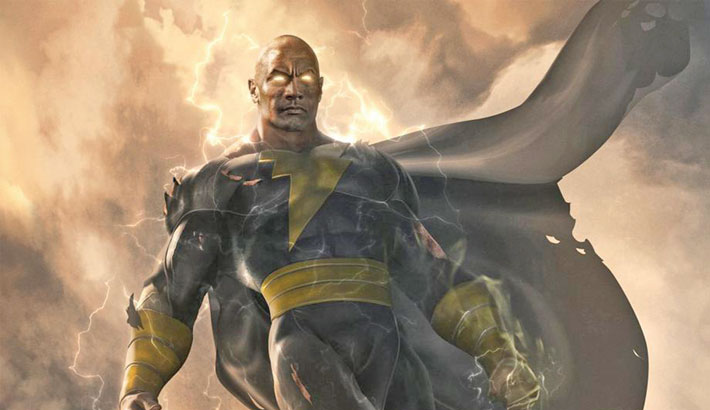 Dwayne Johnson’s “superhero dreams” have finally come true as he shared his first look in and as Black Adam, along with its release date.

“The DC comic’s superhero character is blessed by magic with powers equal to Superman. Adam is rebellious, one of a kind superhero, who will always do right for the people,” wrote Johnson while describing his character on Instagram on Thursday, reports Hindustan Times.

Announcing the release date of the film - December 22, 2021 - he also shared his first look as Black Adam dressed in a powerful black suit with a cape and lit golden eyes. A lighting sign is also seen designed around the neckline of the costume.

Sharing the same on social media, the star in the caption added that he has always dreamed about being a superhero while growing up, and, in particular, loved Superman. “But, a few years into my fantasy, I realized that Superman was the hero, I could never be. I was too rebellious. Too rambunctious. Too resistant to convention and authority,” he added.

“Despite my troubles, I was still a good kid with a good heart - I just liked to do things my way. Now, years later as a man, with the same DNA I had as a kid - my superhero dreams have come true,” the Hobbs and Shaw actor continued.

Adding that the role “is unlike any other I’ve ever played in my career”, the 47-year-old continued, “I’m grateful to the bone we’ll all go on this journey together.”