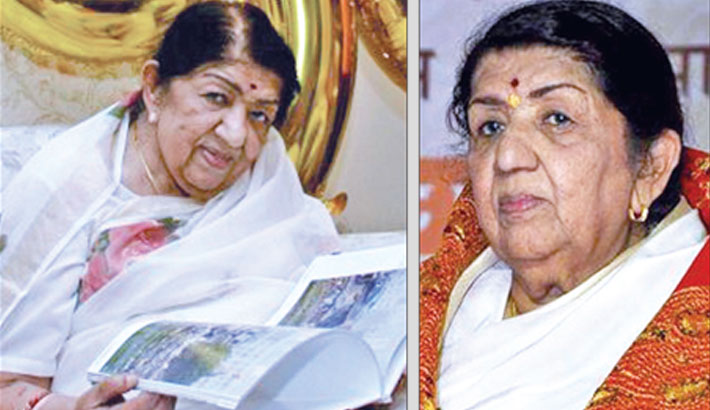 Bollywood playback legend Lata Mangeshkar was admitted to Breach Candy hospital in South Mumbai on Monday due to viral chest congestion. Her family updated the public about Lataji's health saying that she was battling the illness like a fighter, reports mid-day.

The singing legend was rushed to the hospital in the early hours of the morning as a "precautionary measure".  Lata Mangeshkar is stable now. "Lata ji is stable. Her parameters are good. Honestly speaking, she has fought so well that she is coming out of this setback. Being a singer, her lung capacity has pulled her through. Truly a fighter. We will update everyone when Lataji gets discharged and comes home. Request that we give family the space they deserve at the moment," her family said.

The news of Lata Mangeshkar being hospitalised sent the media and her fans into a tizzy, and some reports claimed that her condition was critical. Other reports suggested that she had been discharged from hospital and was taken home. Lataji's team then sent out a statement to put the rumours to rest.

"Lata Mangeshkar ji had a viral chest congestion. Keeping her age in mind, as a precautionary measure, she has checked in to Breach Candy Hospital in order to ensure antibiotics on time to prevent any more infection. She is stable and recovering," read the statement.

Lata Mangeshkar, who turned 90 on September 28, was conferred with the Bharat Ratna in 2001. She has recorded songs in over 36 Indian languages. In 1974, the Guinness Book of Records ranked her as the most recorded artiste in history. Between 1948-1974, she had sung over 25,000 songs.