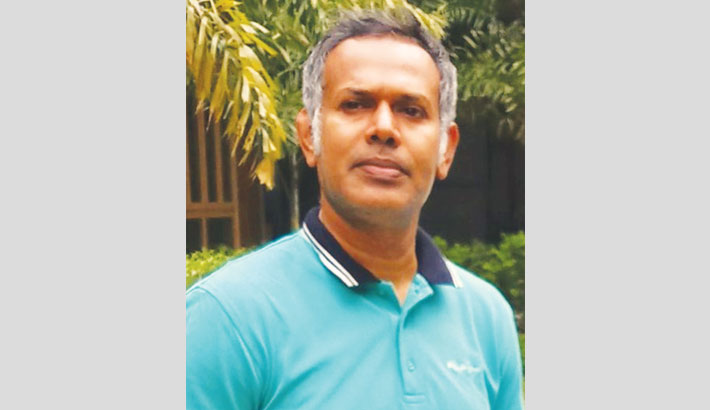 On 23 October, hundreds of primary school teachers demonstrated in Dhaka’s Doyel Chattar area (near Curzon hall of Dhaka University) to press home their singular demand – an upgradation in salary structure for assistant teachers and headmasters. No doubt, their demand is just and logical. It is a question of their prestige or esteem. Unfortunately, their voices did not reach the policy makers of the State. They were treated inhumanely by the police on the city streets. They wanted to demonstrate on the Shaheed Minar but could not reach the place due to police barricade and action (lathicharge) on them. How pathetic it is for the teachers! How disgraceful it is for the nation!

In 2017 the government agreed to their proposal demanding the upgradation of their position according to the 8th national pay structure. The Ministry of Primary and Mass Education also proposed to upgrade their salary structure -- 10th grade for headmasters and 12th grade for assistant teachers. But, in September 2018, a letter signed by the Ministry of Finance Deputy Secretary Sadi Sharmin said there was no need for any upgradation in the salary structure. Since then, the primary teachers have been deprived of the increased salary and social status. However, it has been two years since the government pledged to meet their demands on principle.

During the latest demonstration, they demanded 10th grade for the headmasters and 11th grade for the assistant teachers. But, according to a parliamentary committee meeting (The Ministry of Primary and Mass Education) held on 30 October in the parliament, it was decided that the headmasters of government primary schools would get 11th grade and the assistant teachers 13th grade. They also recommended the revision of recruitment policy where the upazila assistant education officer’s position would be upgraded to 9th grade, according to the chairman of the parliamentary committee Mostafijur Rahman Fiza. Likewise, the headmaster’s position would be upgraded to 10th grade.

Currently, there are 65,902 primary schools in Bangladesh where 325,000 assistant teachers and 42,000 headmasters are employed. We came to know that the Ministry of Finance initially agreed to allocate budget to bear the expenditure of paying increased salary to the teachers. Then, why is the government dillydallying to implement the decision? Coincidently, we saw the national cricket players go on strike from 21 October to press home their 11-point demand. While the primary teachers - who are at the helm of building the future nation at primary stage - were treated badly by the State, the cricketers were invited to a discussion with the Bangladesh Cricket Board members. Eventually, their demands were accepted and would be met soon. What a glaring contrast!

This is very alarming and disappointing that the teachers usually suffer from identity crisis in terms of their social status/dignity and pay/financial benefits. Isn’t it humiliating that a school teacher gets less salary than that of a computer operator or an accountant working for the same institution? Very recently we have seen such a “derogatory” job advertisement (appeared in a national daily) where an assistant teacher gets 8,000 BDT, and a computer operator is offered 10,000 BDT. Is this the way our society or state respects the teachers? If so, how can we expect meritorious students to come to this profession by choice? Is this profession – teaching the future generations – a bane or boon?

The standard of education at both primary and secondary levels is abysmally low, but we seem to be complacent with the quantity of education - in terms of expansion (growth/access) across the country and the distribution of books free of cost in the beginning of every year. According to the Education Watch Report 2018-19, prepared by Campaign for Popular Education (CAMPE), 55 percent of English and Mathematics teachers in secondary schools are not specifically trained to teach these important subjects. The situation is more frustrating and appalling when it comes to the report revealing 75 percent teachers - without training - teaching Physics; 78 percent teachers teaching Chemistry; and 64 percent teaching General Science without proper training on the subject. This report also shows that most of the teachers depend on the guidebooks replacing the government-approved textbooks because they can readily access the answers therein. This is how an untrained instructor teaches a subject (of course, indifferently) without taking much care of the students. This type of teacher is not at all aware of standard teaching-learning activities: how effectively the students can learn and how creatively they can solve the problems.

Neither the government nor the school authorities are serious about teachers’ training. Rather the government superficially claims that they have successfully introduced two competitive exams – PEC and JSC – at primary and secondary levels. This is very unfortunate that despite strong opposition and repeated appeal from the country’s leading educationalists and intellectuals (Professor Serajul Islam Chaudhury, Professor Jamilur Reza Chowdhury, Professor Anisuzzaman, Professor Abdullah Abu Sayeed, Professor Zafar Iqbal and few others), the government is yet to scrap these two redundant exams. And centering on these exams, a powerful syndicate of publishers controlling the “guidebook” trade has mushroomed over the years. Some teachers are allegedly involved in this trade. Simultaneously, many teachers are involved in commercially run coaching centres which make our children’s lives difficult. This bad culture in education sector must come to an end.

Without strong base in primary education, the children will not be able to cope with the challenges and keep pace with the changes in higher education. If the government fails to underscore the need of attracting meritorious students to teaching profession at school level and offering the teachers competitive pay including other fringe benefits, our future generations will not get quality education that is the backbone of a nation. Also, if the government fails to fix the backbone, the country’s development (economic growth) will not be sustainable in the long run.

Now it is time to revamp the entire education system with special emphasis on primary education – the most critical level where the children need to be nurtured properly. The children will be confident and turn out to be skilled human resources only when they get proper/quality education with the 21st century skills: critical thinking, problem-solving, team-building, communication, tolerance, integrity empathy and etc. And to ensure quality education at all levels, the government should think seriously about investing sufficient money (minimum 5 percent of GDP) in education. Otherwise, implementing SDG-4 by 2030 will be really harder. We hope the teachers’ voices will be heard, and our children’s future will be safe, solid and secure!

The writer is the Chair and Associate Professor, Department of English, Stamford University Bangladesh. He could be reached at: [email protected]