Separation of Judiciary: Twelve Years on 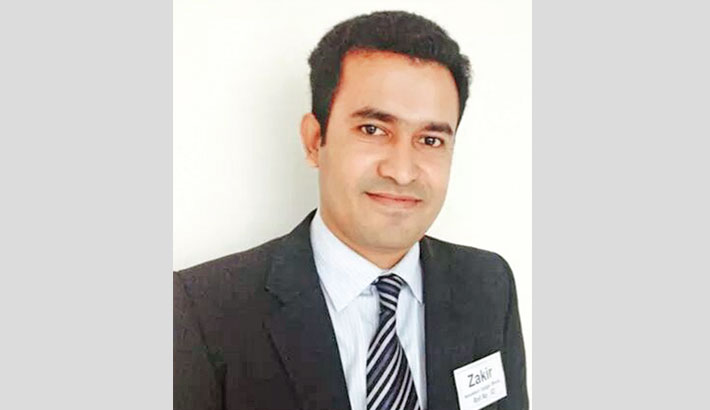 Judiciary is one of the vital and fundamental organs of a modern state. In governance system, judiciary always takes a basic role in establishing the rule of law and accountability as well as performing the duties and responsibilities sincerely in every state. On 01 November, 2007 the then Caretaker Government had taken a historic decision by announcing the verdict of the Masder Hossain Case through separation of the judiciary from the executive. Actually, it was the separation of Magistracy from the executive rather than judiciary. The previous government had taken 23 times more than the actual time from the Apex Court to execute the verdict. Constitutionally, there is great promise of separation of powers as well as the judiciary from the executive. Articles 22, 115, 116 and 116A of the Constitution provide the provisions on separation and independence of judiciary. In 2009, the present Government had also accepted the decision and taken initiatives to develop the subordinate judiciary.

The Government established Chief Judicial Magistracy (CJM) in every district and promulgated the ordinance amending the code of criminal procedure-1898. For the first time, Judicial Magistracy was introduced and started working with massive problems and poor facilities.  Judicial Magistrates have been performing their duties with great efforts facing different problems.

At the inception of separation of Magistracy, 618,671 cases remained pending in courts and the approved posts of magistrates were 655. At that time, Judicial Magistracy started working with only 218 magistrates and some staffs who were deputed from District Judge’s Courts. Till March, 2019, the number of pending cases was 916,729. The approved posts of magistrates are now 686. The ratio of cases for every magistrate is 1: 1,337. Only 31 posts have been increased during a period from 2007 till date. During this period, 3 lakh cases are extra backlog in the magistrate courts whereas the creation of posts is very nominal than the load of works. It is to be mentioned that a proposal for creation of new 346 posts of magistrates in different tires is pending for a long time. If approved, it will make a sound judicial magistracy to shoulder the workload in a standard manner.

For better understanding of the work of magistrates in this decade since the separation, I would like to share a data on disposal of cases from 2007 to 2017 in 10 years. A total of 83, 85,992 cases was filed while the number of disposal of cases was 7,852,193. On an average, the disposal rate of cases in magistrate courts, according to the Supreme Court report, is 93.63 per cent. It is worth mentioning that the disposal rate in magistrate courts in the years of 2015, 2016 and 2017 was 109 per cent, 106 per cent and 102 per cent respectively. The judiciary of Bangladesh disposes almost 12 lakh cases on an average each year. In Bangladesh, filing of criminal cases is prevalently more than civil suits. Till March, 2019, the number of pending criminal cases stands at 1,725,270 in all criminal courts. In magistracy, the trial of criminal cases is conducted speedily and the court normally takes only almost six months to two years to dispose of most of the cases.

Judicial magistracy is the fundamental part of the criminal legal system. Basically, there are two types of courts such as trial court and cognizance court. Every judicial magistrate has a trial court and s/he regularly conducts the cases through recording of witnesses, framing charge, petitions hearing and delivery of judgments et cetera.

The cognizance magistrate has to carry out a multi-dimensional responsibility and s/he has to oversee all regular activities of concerned police stations. Initially, all general registered (GR) cases are under the supervision of cognizance magistrates. In addition, s/he has to work on CR files, evaluation of police reports, recording of the statement of accused and victims under section 164 of CrPC, bail petitions, remand, Naraji petitions and different types of petition hearings. Moreover, s/he has to dispose of Alamat in connection with cases, judicial inquiry, other functions and official works which are vested upon the magistrates.

The crucial part of an institution for making development is finance. The judiciary having a poor budget has been discharging the duties with great efforts. The Budget allocation for judiciary is very nominal, even, less than some statutory bodies of the country. In the financial years of 1999-2000, 2007-08, 2015-16, 2018-19 and 2019-20, the budgets for judiciary were 0.37 per cent, 0.364 per cent, 0.511 per cent, 0.366 per cent and 0.352 per cent respectively. On analysis from past 20 years, judiciary got 0.41 per cent budget on an average each year though it is one of the organs of the state. For smooth working of magistracy, there should have digital and automated facilities, updated resources and other infrastructural developments for dispensation of justice.

The present Government has approved a project and allocated budget for 64 Districts’ Chief Judicial Magistrate (CJM) Court buildings. The project is an ongoing process and almost 34 districts have CJM buildings. Even after 12 years of separation of judiciary, at least 30 districts have no separate chief judicial magistrate buildings. Magistrates have been working sharing the ejlash in District Judge’s Court or District Magistrate’s building in many districts. In metropolitan areas excepting Dhaka Metropolitan Magistrate Court, no metropolitan magistrate court has separate court building. In Rangpur and Gazipur city corporation areas, there is no metropolitan magistracy though police have separate units in these cities. For past 12 years, the Government approved many newly-created upazilas and police stations in district level, but no court was created in the new upazilas as well as police stations.

To tackle the ongoing crimes and demands of people for ensuring justice in the shortest possible time, the organogum of magistrates and staffs is to be revised comparing with the existing challenges. For the past 12 years, the Government has increased only 31 posts of magistrates. For speedy trial and management of cognizance, new posts of magistrates should be created along with development of administrative set up in district level. The work of magistrate is directly involved with respective police stations. So, if the capacity of police is enhanced then judicial magistracy should also get such treatment from the state. For a clarification, let me mention here about Chattogram metropolitan magistracy. The Chief Metropolitan Magistrate (CMM) Court of Chattogram has only six metropolitan magistrates (MMs) with huge bulk of cases pending whereas the posts were created during its inception in 1986. In past 33 years, there is no development regarding creation of posts of MMs. On the other hand, now Chattogram Metropolitan Police (CMP) has 16 police stations though the number was six in 1986.

To make a vibrant judicial magistracy and uphold public confidence, judicial magistrates can be deputed to oversee and ensure justice to fight the crimes and they should get legal management of environment and river protection, food safety matters, road safety issues, city corporations, all development authorities and airports under existing legal mandates. Presently, judicial magistrates are ready to take up the challenges of work in their respective legal fields for ensuring quality justice delivery. It is the expectation of people that the present Government will take all possible initiatives for the sake of justice and development of judicial magistracy.