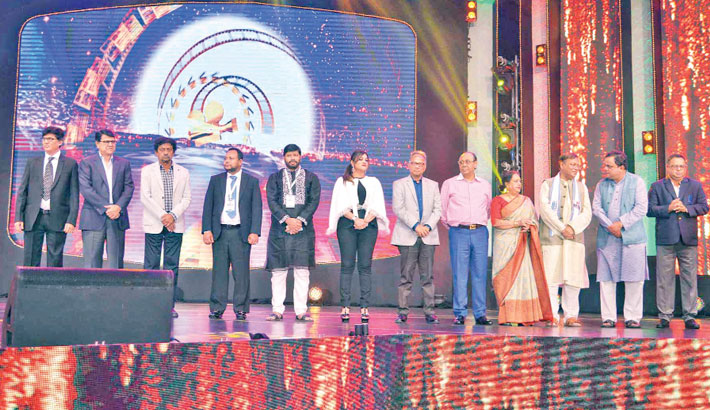 The first ever Bharat-Bangladesh Film Awards ceremony took place on Monday, and as usual, the red carpet was filled with glamourous celebrities.

An array of Dhallywood and Tollywood celebrities dazzled at the awards ceremony held at the Noboratri Hall of International Convention City Bashundhara (ICCB) in the capital’s Bashundhara Residential area. 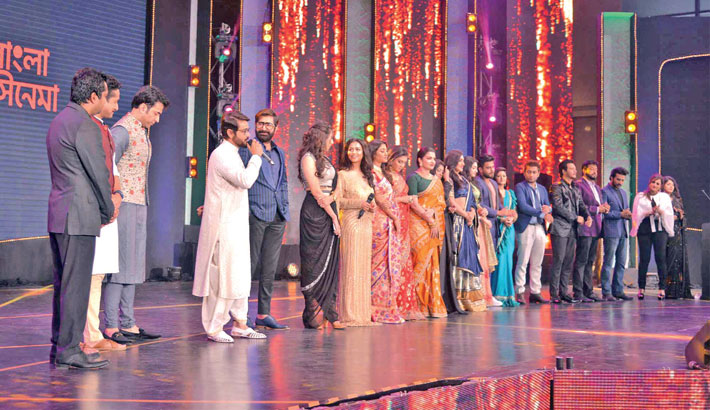 2.    Dhallywood and Tollywood artistes  on the stage.  -  SUN photo

Bashundhara Group, Bangladesh’s leading business conglomerate and Film Federation of India jointly organised the mega event. The big stars of the filmdom of Bangladesh and Kolkata held the audience spellbound by rendering some fabulous performances at the star-studded ceremony.

The stars, looked breathtaking in their gorgeous gowns, posed for the shutterbugs and put on a stellar show at the glitzy event.

The cinephiles were at fever pitch as they could meet their favourite celebrities under the one roof thanks to the awards. 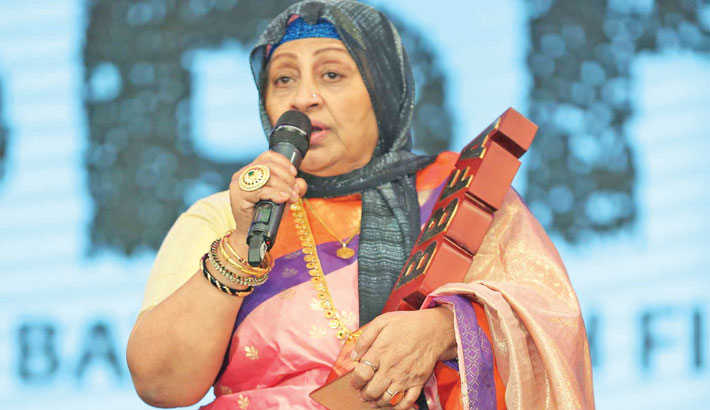 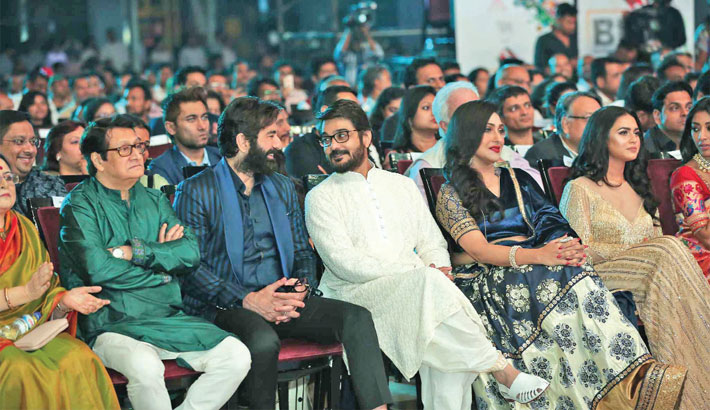 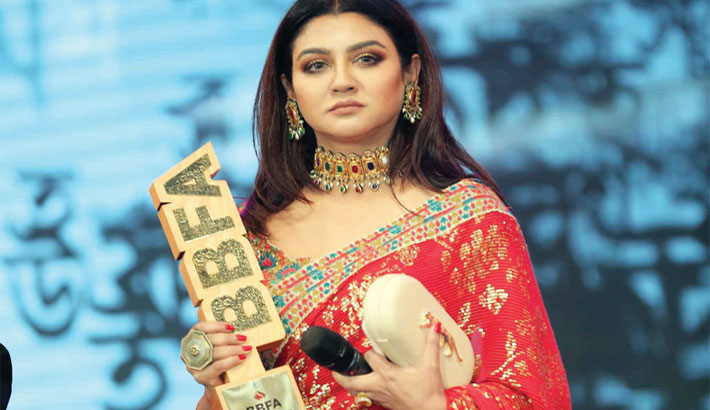 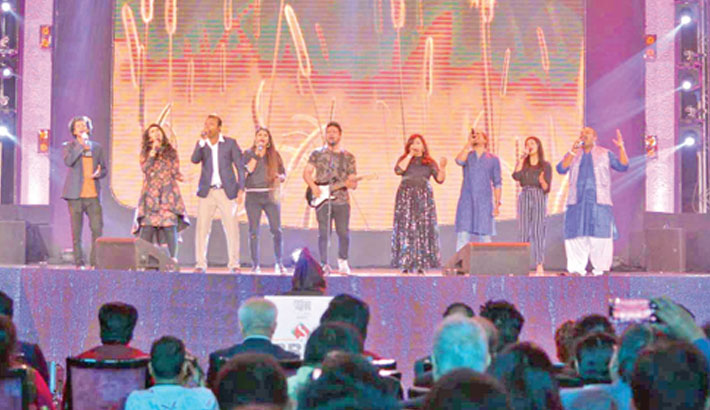 Amid much festivity and fanfare, the first Bharat-Bangladesh Film Awards, presented by TM Films, were handed over to the awardees at the ceremony.

Twenty-four awards were given in three categories to Bengali films which were released in Bangladesh and India between June, 2018 and June 2019. 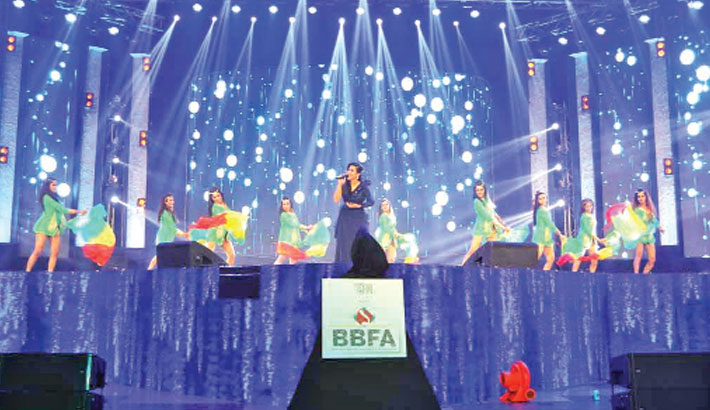