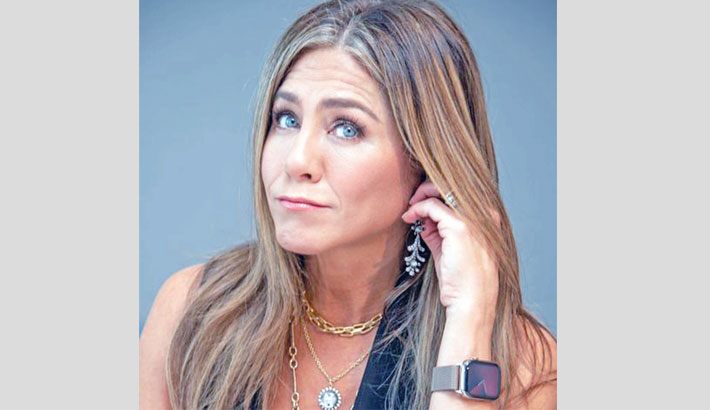 While her entry to Instagram was nothing less than a surprise, Friends star Jennifer Aniston disclosed that she had a "stalker" account before she made her own on the social media platform, report agencies.

With her debut on the platform, Aniston broke the record for garnering one million followers the fastest. But it wasn’t her first time. On being asked by Jimmy Kimmel on his show, if she had a "fake Instagram" account, Aniston replied in the affirmative saying, "It was a stalker account, yes." Explaining the motive behind having a fake profile, she said that she wanted to have a taste of what it was like to be on social media.

"When I was thinking about doing this, I sort of figured it was time to understand the world and dip my toe into the social media pool." However, Aniston had difficulty finding who has commented or liked her posts. "I had to search through, and then you have to figure out who left hearts or thumbs up [or] thumbs down. It takes way more time than just actually writing a comment to what the person last said," she explained.

It only took five hours and 16 minutes to hit a million followers for Anniston, surpassing the official handle of Prince Harry and Meghan Markle, according to People.