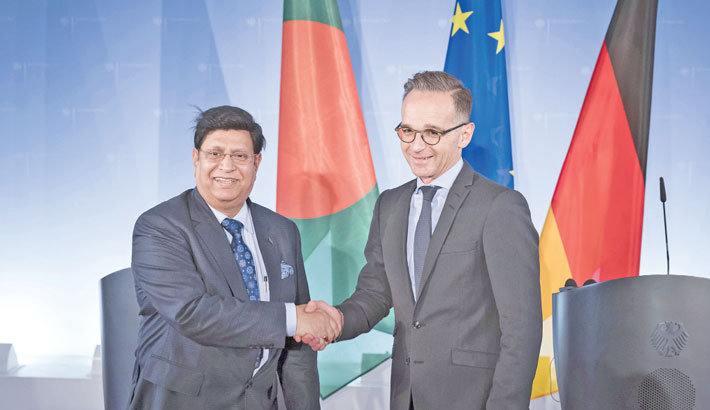 The Bangladesh Embassy in Berlin has set up a 'Bangabandhu Corner' on its premises as part of the celebrations of the 100th birth anniversary of Father of the Nation Bangabandhu Sheikh Mujibur Rahman, reports UNB.

The corner is enriched with books on the life and philosophy of Bangabandhu, the great War of Liberation of 1971 and German, English and Bangla versions of the Unfinished Memoirs of the Father of the Nation among others, various posters and historical photo collection, said the Embassy.

Visitors to the Embassy will be able to know about the glorious Liberation War and the leadership of the Father of the Nation by visiting this corner.

After the inaugural session, members of the expatriate Bangladesh community sat for a discussion session in the presence of ministers, chief Coordinator, the Ambassador and other officials of the Embassy with a view to scheduling and implementing a successful year-long plan to celebrate the 100th birth anniversary of the Father of the Nation starting from March 17, 2020 until March 17, 2021 in Germany.