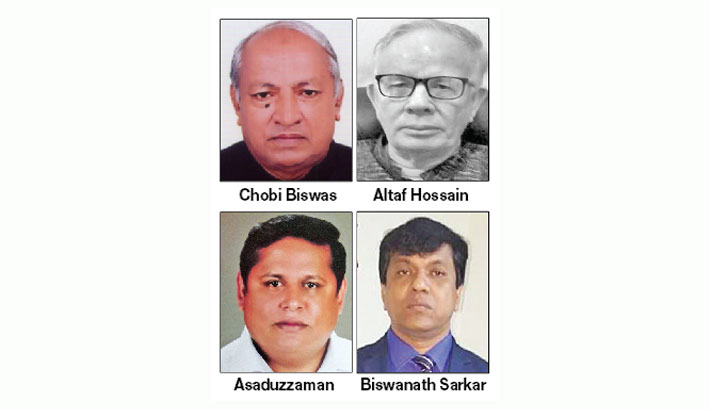 Tested and dynamic leaders may get the responsibility of Krishak League (Farmers’ League), an associated body of the ruling Awami League (AL), to make the organization workable, stop the entrance of intruders and bring about discipline.

Insiders said that the organisation may witness major changes, including bringing amendment to the party constitution, increasing size of the central committee, making correction to its logo and imposing a ban on forming committees abroad to make the organization functional.

The Krishak League was established on April 19 in 1972 at the directive of Father of the Nation Bangabandhu Sheikh Mujibur Rahman.

As per the directives from the AL the council session of Krishak League will be held on November 6.

The last council session of Krishak League was held on July 19 in 2012. Motahar Hossain Mollah and Shamsul Haque Reza were made president and general secretary of the organisation respectively.

The AL has directed the associate bodies to hold council sessions as many of the leaders are allegedly involved in corruption, illegal casino business, tender manipulations and other irregularities.

Krishak League general secretary Shamsul told the daily sun that they are fully prepared to hold the council session in time.

“Many changes, including amendment to the constitution, will be made at the council session,” he said.

Sources said sub-committees have been working to make the council session a grand success. They are working to prepare a list of councilors. Over 20,000 councilors across the country will be present in the session.

Party insider also said the size of the central committee will be increased from 111 to 151. Number of vice-president will be 21 from 16, joint general secretary 5 from 3 and organizing secretary 9 from 7.

Many secretariat posts will be created including liberation war affairs, sports and youth, agriculture and transportation of agri-goods, agri-education affairs secretaries in the central committee through next session.

After the announcement of the council date, festive mood gripped the party office and the leaders and activists are very busy lobbying for blessings and support of national leaders.

Sources said many leaders are vying for the two posts but incumbent president and general secretary have no chance for re-election as president Motahar is allegedly involved in irregularities including money making by trading of party posts and misbehaving with party leaders. Its general secretary Shamsul is allegedly reluctant to discharge party responsibility.