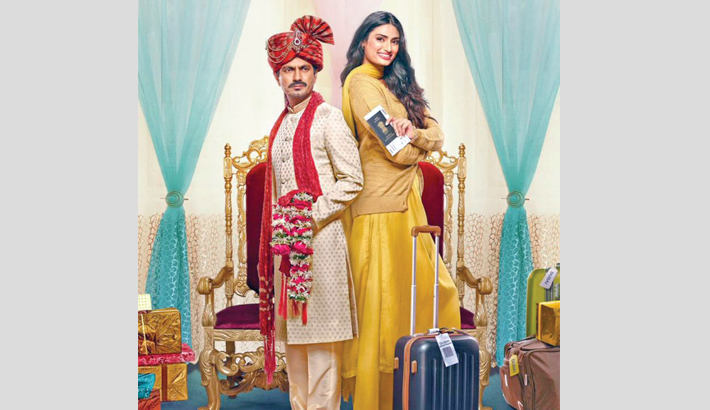 Nawazuddin Siddiqui and Athiya Shetty starrer Motichoor Chaknachoor tickled the funny bone of the netizens ever since the makers of the film dropped its trailer on the internet. The film revolves around a 36-year-old man whose only aim in life is to get married. On the other hand, he finds a girl who dreams of getting married too but she has a special condition as she wants an NRI groom. The trailer gave way to a lot of buzz for the unusual pairing of Nawazuddin Siddiqui and Athiya Shetty and now the actress has shared a new poster from the film announcing the release date, reports Pinkvilla.

On Friday Athiya took to social media and shared a quirky poster of the film featuring Nawazuddin Siddiqui and herself where Nawaz is seen in his wedding sherwani and Athiya in yellow traditionals with a passport in her hand, all set to fly abroad. With this, the actress also revealed the release date of the film on November 15 this year. Earlier, the makers had put out another poster of the film where both the actors are seen in their wedding outfits and now the new poster has given rise to a lot more buzz as we find out the release date of the film.

The film sees the unusual pairing of Nawazuddin Siddiqui and Athiya Shetty for the first time. The trailer has received a big thumbs up from the audience and we're sure the film is going to work wonders too.