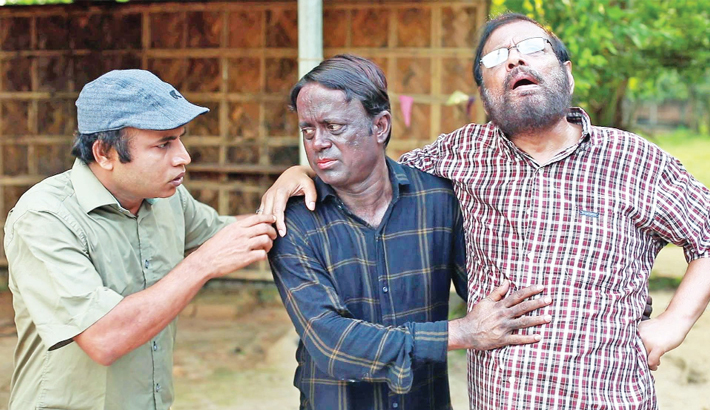 Popular actor AKM Hasan and mime artiste Nithor Mahbub to be seen together in a drama titled ‘Kalo Jamai.’ Hasan essays the title role in the drama.

Abul Kalam (Aa Kha Ma Hasan)’s skin is very dark and everybody from his village call him ‘Kalu’. But he is always happy. One day, Abul got married to Arin (Mithila) and his wife lost her sense to see Kalu at bride chamber. Villagers a made fun of him for this occurrence.

On the other hand, Abul’s Bhayra (sister in-law’s husband) Nithor is very fair in complexion. And he is very proud for that. He always makes comparison between them and tries to criticise Abul. His wife does the same as her husband. One day Abul’s wife left him and story of the drama continues. The drama ended with a social and emotional message.

The tele drama has been written by Rajib Moni Das, while R H Sohed has directed the play. Alongside Hasan and Nithore, Orin, Simana Shila, Biplob Prashad, Afroza Hossain, Jadu Farid will be seen in the drama.

Under the banner of ‘Swapner Karigor’, the drama will be aired on a private satellite channel soon.