Demonstration of Rohingyas: An Emblem of Imminent Catastrophe 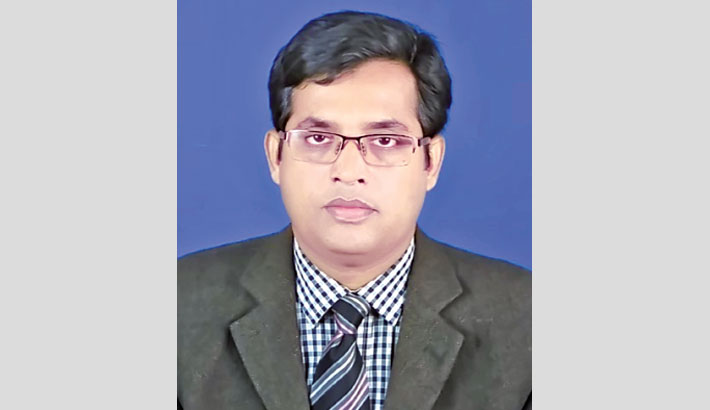 Violence against the Rohingya population in Myanmar’s Rakhine State and the influx of a large number of Rohingya population in Bangladesh continue to draw the attention of the world community. Officially, more than 745,000 Rohingyas have entered the territory of Bangladesh from Myanmar since August 2017 to escape the cruelty of the Myanmar army that was carried out in the name of reinstating of so-called ‘stability’ in Rakhine. The influx of such a huge number of people has already created a colossal amount of political, social and economic pressure on the government of Bangladesh.

The government first considered the issue of Rohingya influx from a humanitarian ground. But, they have started to feel the real heat when they beheld the rally of around 200,000 Rohingya people in a refugee camp to mark two years of their influx. The rally took place on the 25th of August just after a second failed attempt of the government of Bangladesh to repatriate the refugees. This write-up explicates the possibility of the distressing impact of the Rohingya influx in Bangladesh.

One of the most significant aspects of the recent demonstration of the Rohingyas is that the government's intelligence did not have any prior information about such a massive procession despite the fact that they printed digital banners and festoons of different types. Most of them were written in English. This is a serious failure on the part of the government intelligence agencies.

This issue can be explained from a couple of perspectives. First, it indicates the strength of the inner network of the Rohingya population because such a procession did not happen due to a single day’s effort. Rather, they prepared themselves for this day which is indicative of the fact that they are organised enough to make this sort of catastrophe in the soil of Bangladesh. Second, there are some agencies or people behind them who are supporting very silently by providing money, banners, festoons and other accessories. The government should find out these people or group very urgently in order to prepare their action plans to stop further deterioration of this crisis.

Now, one may ask: what would be the eventual impact of the Rohingya influx on Bangladesh. The country remains under serious menace from these people in many ways. First, these people have already got involved in different types of drugs and arms businesses. By selling these drugs and arms they are not only subverting the adjacent places of the Rohingya camps but also extending their network all over the country. Second, these people have been trying to come out from the camps in order to get spread all over the country for mainstreaming them with the Bangladeshi people. In the upcoming few years, they will start speaking Bangla very fluently. During that time it will be very difficult to recognise them without making proper investigation in the way of checking national ID or passport or any other documents as these people look like the Bangladeshi people.

Third, the growth rate among these people is very high within the camps. If they continue to grow in such a rate, their number will be more than double in the upcoming five years. This increasing number will not only impose an economic challenge on the government but also create social problems surrounding Cox's Bazar and adjacent areas. They have already set up different types of business individually and collectively with the local people. In the course of time, they will dominate all the businesses in two Upazilas where the camps are situated. Thus, there is trepidation that local Bangladeshi people will be minority in those areas which will again pose another problem for the government as the local people will start movement against the government’s decision to allow the invasion of the Rohingyas in the country.

Now a pertinent question is: whether Rohingya issue is going to turn into a catastrophe for Bangladesh and what is the possible solution to overcome this challenge. We have already learned that many giant states and organisations, including the USA and UN, have voiced their opposition and concern against the Myanmar government’s brutality and the ways of handling the issue. During the early days of Rohingya influx in 2017, the Myanmar government was very reluctant to hold discussion with the Bangladesh government on the issue of repatriation. However, they were compelled to sit on dialogues with Bangladesh having been pressurised by different international actors, although those discussions did not produce any significant result as regards to repatriation. The main cause of the unsatisfactory result of repatriation is the support of the two Asian giants - India and China - that have strong business interest with Myanmar.

The solution lies with the Bangladesh government’s strength to reach an agreement with these two Asian gaints. It is unlikely that the Chinese government would create pressure on the Myanmar government as they do not have as a strong relationship with Bangladesh as India is having. Thus, the government of Bangladesh requires holding serious dialogues with the Indian government. The recent demonstration of the Rohingya is not only a threat to Bangladesh but also a threat to India. If these people get seriously engaged with the arms business, the Rohingya camps would be used as the root to send arms and ammunitions to India through Bangladesh. Thus, there is a strong possibility that Indian seven sister states would become volatile. India has already got into trouble by dissolving article 370 of the Constitution to withdraw the autonomy of Kashmir. As a result of the withdrawal of autonomy, tension has started escalating with the Pakistani government.

Thus, the government of India would not want to face any sort of challenge in its seven sisters. This is the high time for the Bangladesh government to persuade the Indian government. In order to make things happen, we need strong diplomacy. As we all know that our Prime Minister is going to meet Indian Prime Minister in coming October. During her visit, one of the main points of discussion should be the Rohingya issue. Along with maintaining a diplomatic relationship with India, the government should also continue its diplomatic efforts to create international pressure on the Myanmar government.

The government of Bangladesh should not consider the recent demonstration of the Rohingya population as an isolated issue. Rather, they should consider the issue as a possible threat to the country. In the meantime, it has already been learned that one NGO has been patronising the Rohingya people to remain united in the name of violation of human rights. Several newspaper sources have indicated that a Pakistani organisation is also supporting these people. Along with these two organisations, there are several national and international organisations who have remained involved in this process. The government should understand that the Rohingya influx could be a part of the international plan to stop the growth of the country’s economy.

To conclude, the human right aspect of the Rohingya people must be considered first. But, at the same time, the government should also comprehend the intention of different national and international organisations centring these people. The government decided to open the border to save the Rohingya people from further brutality. But, it is now time to send them back in order to reduce the possibility of further upheaval that might affect the country very seriously. The success of the government’s endeavour to send them back depends to a large extent on the strength of the government’s diplomacy with the international community and the two Asian giants - India and China. Otherwise, the political, social and cultural environment of the country may face further wreckage.

Assurance Cell (IQAC) at the University